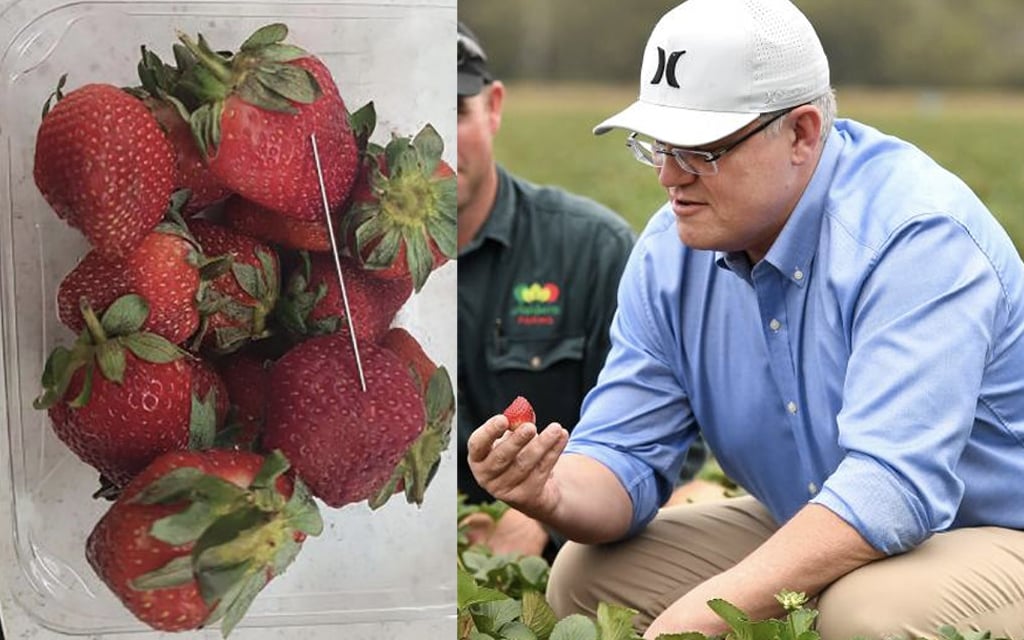 YOU GUYS SHOULD KNOW: With just less than 3 million people fully immunised, Australia remains at the very bottom of the list of OECD nations when it comes to meeting our jab roll-out targets.

Despite still very much lacking concrete metrics 18 months into the pandemic, and failing to set out clear timelines on when the country will be able to move past this nightmare of constant lockdowns, Scotty From Marketing has today announced some exciting news surrounding his globally panned jab roll-out.

And he’s not turning to Kevin Rudd, he’s turning to the menial labourers working on Australian strawberry farms.

In a food safety crisis beginning in September 2018, numerous punnets of strawberries grown in QLD and WA were found to be contaminated with needles.

Sewing needles to be exact – were poked into strawberries on the farm, and remained unchecked until they were in some poor buggers mouth in the suburbs.

This bizarre crisis sparked a national emergency that saw more action from the Federal Government than any viral outbreak that costs our nation 1 billion dollars a day through locking down businesses. At one point, the Agricultural Minister was even quoted saying that whoever was responsible ‘will swing’ in a hark back to the days of capital punishment.

QLD Police reported that by November that year, there’d been 186 needles jabbed nationally.

While most were simply copycat cases, it seems the index cases of contamination came from jaded farm workers, who we can assume weren’t too happy with their lives as indentured servants living in bunk beds in the bush.

“What I wanna ask is…” Scotty said to some pickers on the NSW south coast today.

“How did you get so many needles in the first place?”