As tech companies continue to pat themselves on the back for their commitments to climate change and acknowledging the human rights of LGBTI people, the mistreatment of the indentured servants living below the poverty line within this trendy new gig economy remains out of sight and out of mind.

Right across the cities and bigger rural hubs, thousands of exhausted and financially entrapped couriers work tirelessly to deliver a basic grocery run to the entitled upper class.

According to a recent study by the Transport Workers Union, more than three-quarters of Australia’s growing workforce of delivery cyclists are earning less than the minimum wage – and a vast majority are from non-English-speaking backgrounds.

After a long year where a large portion of the metropolitan population relied heavily on subscription and on-demand delivery services to weather the inconvenience of a pandemic, it’s taken a couple enslaved migrant workers going underneath trucks in the centre of Australia’s largest cities for anyone to acknowledge the humanity of this exploited underclass.

The media commentators, many of whom see no problem with paying $30 dollars for a subcontinental slave to deliver them a Pad Kee Mow to their door, have been quick to point the finger at the cyclists ‘not paying attention to the road’ – while politicians remain silent.

Despite working well over forty hours a week on tight deadlines, often in dark and rainy conditions, this entire workforce has been classed as ‘independent contractors’ by the woke tech companies currently working them to death.

Rather than the assumed employee status once afforded to pizza delivery boys, the ‘indepedent contractor’ classification means a rider is not entitled to award rates of pay, does not get sick leave and is not covered by Commonwealth unfair dismissal laws.

They pay for their own bikes, maintenance and phone plans that get them to each door in cities they are unfamiliar with.

The fact that many of them are currently stuck on student or foreign worker visa-holders means that they are unable to leave their jobs, for fear of starving to death, or being caught out by immigration during a period of unemployment and deported back to the countries they send most of their pay cheques home to.

It is also means that no politicians are obligated to show any concern for their welfare, even the Labor Party who purports to be ‘for the workers’ – but is also made up of inner-city elites who refuse to walk two blocks to buy a curry from the local Indian joint that is also losing 60% of their profits to these tech giants who have destroyed eat-in dining.

It is not yet known how many families back in Bangladesh and Nepal will experience the heartache of never hearing from their son again, after he gets run over by a cement truck while rushing to deliver a beef noodle soup to a dinner party in Paddington – in an effort to pay off his foreign student loan that is currently keeping the education sector afloat.

The current lack of political interest suggest there is no limit to how many young workers will die running orange lights to meet these 15 minute deadlines, which are spread across eight hour shifts on the road, in between half hour naps in the illegal boarding house bunk beds they share with ten other strangers. 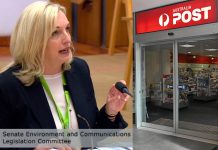 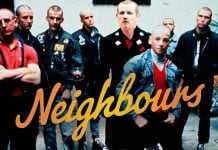 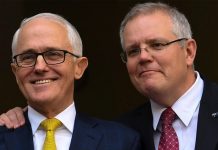