A week after Nathan Hindmarsh waxed Bryan Fletcher on the Matty Johns Show for the sixth time in less than a year, Australian sporting variety programmes are being urged to circle back to the pioneer of panel show gags to ask for some pointers.

The pioneer, in this particular circumstance, is obviously Paul ‘Fatty’ Vautin – who was is remembered as the first bloke that ever thought to film skits that weren’t strictly rugby league related on The Footy Show.

Some of Fatty’s best work includes the time they ate the world’s hottest chillis on live TV, or the many times they brought in exotic animal handlers and someone got shat on by a snake.

Or the time the Big Mahn Brohman crashed a go kart into a sharp corner in a makeshift race track put together in the Channel 9 car park in Willoughby.

However, aside from all of his iconic anti-ad skits, song parodies and crowd participation, Fatty Vautin is remembered best for pursing his lips together and wobbling his head every time someone said something a bit risquè of live telly.

A recent poll of TV viewers has found that over 90% of Australia’s Thursday night audiences would like the see a few more of Fatty Vautin head wobbles on the screen.

Youtube searches for Vautin’s head wobbles have also seen a sharp increase during these difficult times of COVID-19, and it is believed this kind of light entertainment is exactly what Australia needs in 2020.

The surveys also found that Australian TV audiences also don’t know what to do with themselves for four hours on a Thursday night, now that the Footy Show has been discontinued.

Vautin was approached for comment about his head wobbles but has revealed that he does not get paid enough to do the head wobbles in his capacity as a rugby league commentator. 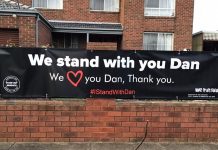 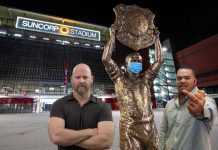 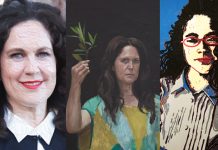 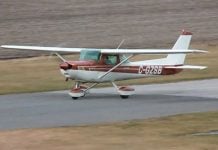 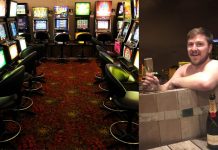