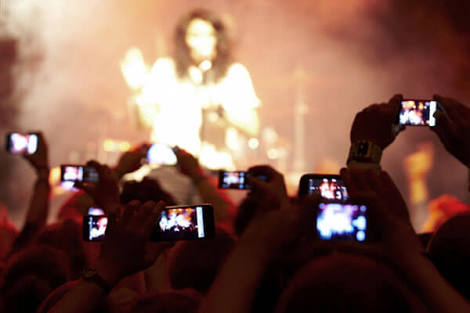 Watching your favourite local and international music acts is way better through a hand-sized mobile device, it has been confirmed.

South Betoota Millenial, Declan Ballinger (24), says that when running out of iPhone battery ten minutes into Kendrick Lamar’s Brisbane tour made for a very disappointing night.

“It just wasn’t the same” he said.

“It was really bad form by me”

A recent report by Rolling Stone Magazine found that over 70% of millenials claim to prefer watching musicians through their iPhones, even if they are only a matter of metres away from the stage.