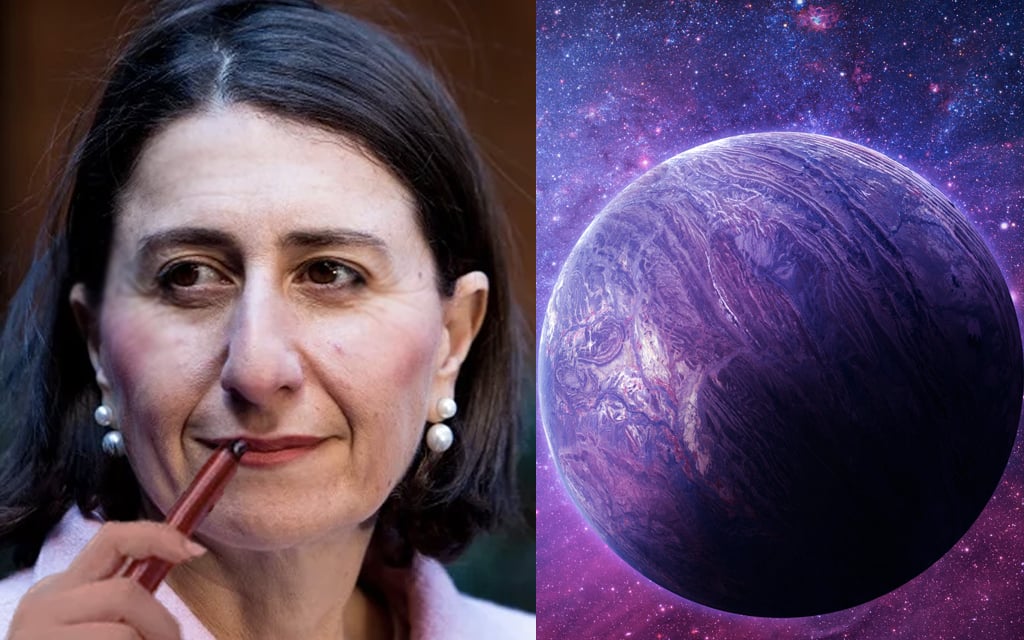 Politicians from all parties, journalists, public figures and Prime Minister Scott Morrison have been quick to praise the outgoing New South Wales Premier Gladys Berejiklian this afternoon – in what can only be described as a breathtaking insight into how Australia’s political class view major corruption as simply part of the job.

Ms Berejiklian today resigned from her position as NSW Premier and from state parliament after the Independent Commission Against Corruption.

The commission announced a public hearing into her conduct and whether it “involved a breach of public trust” – throughout her dealings with her ex-boyfriend, former Wagga MP and ICAC-regular Darryl Maguire.

Initially, voters thought she had survived this scandal, when she brushed it off a year ago as nothing more than the fall-out of going out with a deadshit guy.

It was in October 2020 that the NSW Premier introduced us to Hot Mess Gladys, the state leader who can put down all of her professional and personal woes to the chaff covering the grain in this Sydney man-drought.

However, today it has become clear the member for Willoughby flew too close to the sun with this bad boy, and will now exit state politics.

While sitting in a Sydney park today with her girlfriends for a boozy picnic, Hot Mess Gladys doesn’t question her own actions at all.

“It’s not MY fault” she says, while exhaling from her Watermelon Ice flavoured disposable vape.

“I just made a bad call by dating that fuckboy”

Her girlfriends mmm-hmmm and nod in supportive agreement.

“I checked my Co-Star app before and it totally makes sense. It’s Mercury retrograde”

Mercury retrograde is an astrological phenomenon that occurs when the fast-moving planet Mercury—which takes 88 days to orbit the Sun, as opposed to Earth’s 365—seems to slow down – and causes chaos in the lives of people who beleive in Astrology.

Hot Mess Gladys definitely believes in this stuff, especially now that it all makes sense.

“A virgo in Mercury retrograde…” she sighs.

“Love that for me”

Almost the moment after Gladys had finished detailing her astrological ailments to her girls, it immediately began raining in Sydney, ruining the picnic.