Health Minister Greg Hunt has sat down with Prime Minister-In-Hiding Scott Morrison today to discuss how his latest dead-on-arrival plan might be the bullet in the head this country needs.

Morrison’s coalition government has made illegal pork barrelling a centerpiece of their national policies, with the recent revelation that over $700 million dollars were spent on parking in marginal electorates before the 2019 election being so unsurprising that most major media outlets haven’t even bothered to report on it.

However, Mr Hunt is warning Scotty from Marketing that he may have gone too far with his recent plans to prioritize the jab roll-out in marginal seats before the upcoming election.

“Mate, while I’m really happy that you’ve come up with a roll-out plan, I’m just not happy with the method,” Mr Hunt was heard explaining to Mr Morrison beneath a table with a sheet draped over the top.

“But right now you have to realise people are taking a potentially life-saving vaccine a lot more seriously than a car park or netball court.”

“Add to the fact that your everyday actions are turning most seats marginal and maybe we can see why this isn’t such a good idea?”

After assuring Mr Hunt that he understood his frustrations and was listening to everything he had to say, Scotty doubled down on his proposed marginal seat roll-out plan but with the caveat they would blame State Governments when it inevitably goes sour.

“Scotty, what type of ice do you think you’re walking on here mate? Several of your MPs would deadset be in prison in a fair world plus your deputy got replaced while you were uninvited in the UK, returning to a country that is 70% in lockdown to prevent a disease you could have almost eradicated by now.”

It was at this point a member of our reporting team dropped a pen and Mr Morrison and Hunt were alerted to the fact that someone might be listening in on their secret plans.

“Shush! Just do the rollout how I asked! But not too soon, I got an election to win!” 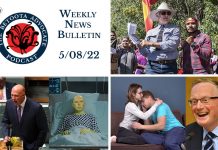 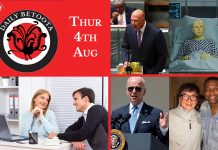 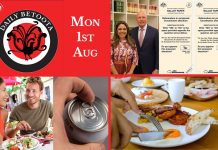