Ahead of today’s decision regarding the fate of Tamil asylum seekers Nadesalingam and Priya, and their two children – a special order of Sherrin footballs have been sent to the Christmas Island detention centre by supporters of the family.

In an effort to get the attention of AFL CEO and renowned Peter-Dutton-whisperer, the Australian-born girls Kopika (4) and Tharunicaa (2) have taken up Aussie Rules.

Like most people currently detained by Australia’s Border Force, the family have been told by layers that there is only one man that can save them and from the continued mental deterioration and physical health issues that comes with indefinite detention, while awaiting deportation to a country that is known to torture and kill people like them.

The family will today learn whether their last-ditch plea to remain in Biloela in Queensland has succeeded in the Federal Court, but as history has shown before, a glowing reference from Gillon McLachlan would see the Home Affairs Minister discreetly tick a box on a piece of paper that will allow them to stay.

The benefits of impressing Gillon McLachlan was exemplified in 2015 when Peter Dutton saved an Au Pair from deportation, only intervening after the AFL’s chief executive officer raised the young woman’s case.

It has since been revealed that a French woman named Alexandra Deuwel was detained at Adelaide’s international airport late on 31 October 2015. Her tourist visa was cancelled at the border because there were suspicions she intended to work and she had previously been counselled over visa conditions during an earlier stay in Australia.

Deuwel had previously worked for McLachlan’s relatives and prominent Liberal Party donors Callum and Skye MacLachlan in South Australia and was returning to visit them. Lucky for Deuwel, her employer’s cousin was on a quick-call-basis with Dutton, and she was allowed to stay.

Home Affairs and Immigration officials have also revealed Peter Dutton has made special cases for a number of other close friends, including former colleagues from the QLD police force.

Between assuming the immigration portfolio in December 2014 and the end of August last year, Peter Dutton had exercised his ministerial prerogative to grant somebody a visa to live in Australia 4,129 times: a rate of three a day. 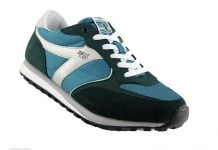 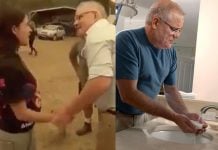