The federal stealing water from the Murray Darling and questioning climate science department will officially merge with the environment department as part of a major overhaul of the public service announced by Prime Minister Scott Morrison.

The number of government departments will shrink from 18 to 14 as part of a move that represents one of the most significant changes to the public sector in decades.

Prime Minister Morrison has said “Australians should be able to access simple and reliable services, designed around their needs.”

“Having fewer departments will allow us to bust bureaucratic congestion, improve decision-making and ultimately deliver better services for the Australian people, and it also gives me the chance to further undermine Angus Taylor MP, who appears to be a moron but is mostly just catching a lot of hospital passes I’ve been sending his way ever since he vocalised his intention to lead the Liberal Party one day”

As part of the changes, four new departments will be created each merging a number of portfolios. Five department heads will lose their jobs, as well hundreds of public servants – but not really any ministers, unless Morrison can convince old mate Squizzy Taylor to fuck off to the back bench.

Agriculture, water and environment will be brought together in a new department which will be known as the Department Of How Bloody Good Is
Cricket And Christmas Haha.

A new mega department taking in industry, science, energy and resources will also be created – with the Prime Minister doing his best to keep the environment office away from the science office, for fear of some links being made between cotton farming and coal mining and the extreme fires and droughts currently ravaging inland Australia.

Infrastructure, transport, regional development, communications and the arts will also be merged. Next year’s Archibald Prize is expected to be held inside an aeroplane hangar in the Port of Botany.

Education, skills and employment will be rolled into one department, several hundred million dollars will be gutted from TAFE.

There will be no changes to ministerial portfolios under the department mergers. 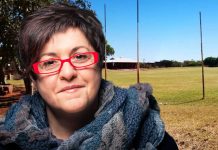