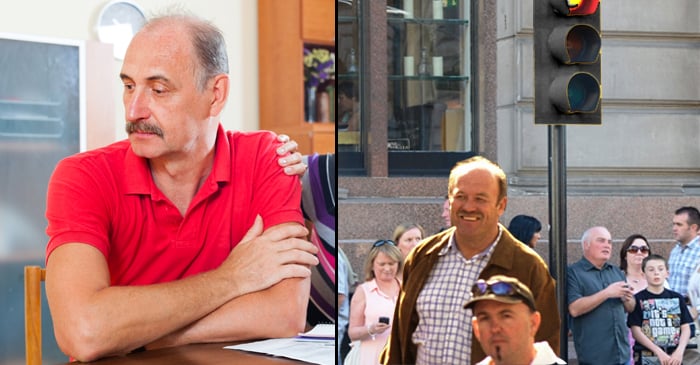 A local dad says there’s not many things he regrets in this lifetime. Not many at all.

Heath Goddard says he really wishes he didn’t bother going to Uni for a year to study law before because a plumbing and irrigation retailer, mainly because it wasn’t one of those fun universities like the ones his mates went to in Gatton.

He also regrets naming his son Joseph, now knowing that he gets called Joey by nearly all his mates… but these are both things he can live with.

There is one regret, though. One that burns him, deep down inside and late at night in bed when the dark silence leaves just him alone with his thoughts.

Even thought this happened in 1997, like 21 years ago, Heath say the chance to say G’day to Wally Lewis likely won’t happen again.

“He lives out in the bayside now. He doesn’t come into the city much” says Heath.

“I doubt he’d ever want to leave. It’s beautiful out there. I think he’s got a boat. He’s been pretty busy since I saw him last, at the pedestrian lights on Milton Road”

“You never know what coulda happened. He coulda decided he wanted to jump in the car and go get on the piss at the Paddo. Coulda taken him back home to meet Alfie and the pearl.”

When asked what he would have actually said to Wally, if he hadn’t been paralysed with fandom after pulling up right next to the iconic ex-rugby league player – Heath says he doesn’t know.

“Probably, I dunno, something like ‘good on ya’ or ‘loved watching you play footy mate’ – who knows?”