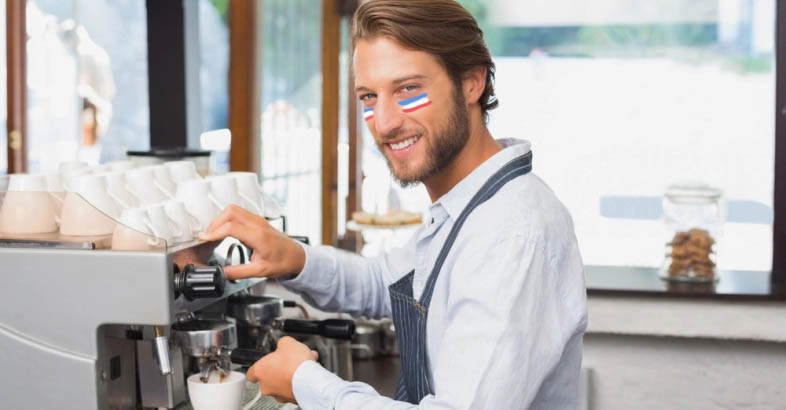 [dropcap]I[/dropcap]N LIGHT OF the recent near tragedy of Rabbitohs Dylan Walker and Aaron Gray’s painkiller overdose, the Sydney Roosters board have been quick to remind their players of what constitutes a “Mad Monday” celebration and what doesn’t. Rather than turn a blind eye to what happens behind the closed doors of their clubhouse next week, the Roosters head honchos have all but banned any chemically-enhanced party from taking place.

These latest developments have put the baristas of the Eastern Suburbs on edge.

Bondi Junction cafe owner Clarence Draft says that he’s warning his staff not to feel scared to cut off Roosters players if they get out of hand on Monday afternoon. It’s not the first time Mr Draft has had to deal with out-of-control Easts players. In 2002, Clarence said he had to cut off Roosters legend Brad Fitler after he jumped the bar and started pouring cappuccinos for his teammates after the staff refused him service.

“I love a good time as much as anybody,” says Mr Draft. “But drinking 37 flat whites in one night is just stupid. Caffeine intoxication is seriously anti-social.”

Recalling that balmy spring evening, Mr Fitler says he drank so much coffee that night, he couldn’t remember what he did until he read about it in The Daily Telegraph the next morning. What he read was enough for him to tackle his caffeine habit head on.

“Apparently, I was so full of zest and energy that I went home and did four years’ worth of  tax returns and began writing my autobiography. Craig Fitzgibbon was so chock-full of mocha, he wrote out the foreword on his Nokia 6100.”

Not content with missing out on the potential business, Bondi publicans are rushing to add coffee alongside the beer taps of their hotels. Local publican Greg Blunthead is planning to put caffe latte on tap at his popular Bondi nightspot in an attempt to lure the Roosters boys in for a quiet night on the Nicaraguan roast.

“As far as I know, nobody’s done anything like this before,” says Blunthead. “It’ll be on tap between the Carlton and Resches until next week sometime. The community has to respect the wishes of the Roosters board and I’m doing just that. If any of the boys want to come in and have a beer, we’ll give it to ’em, sure. But we’ll be sure to make sure they don’t get intoxicated.”