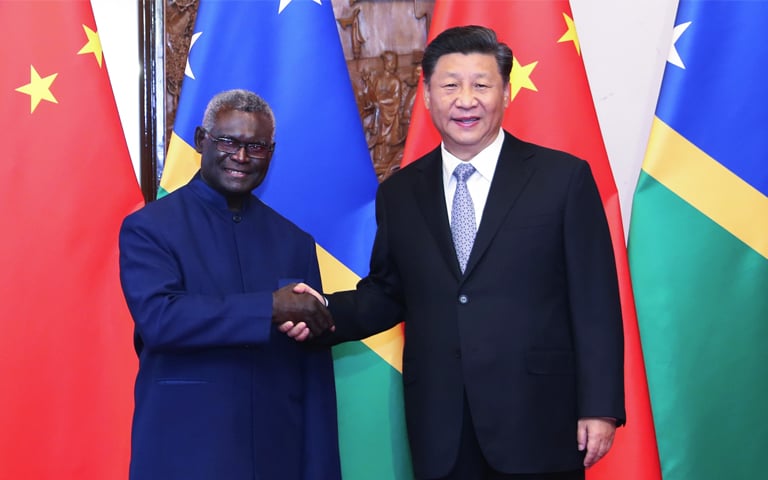 Despite spending the last couple years provoking China in an effort to show voters that only Scott Morrison is big and strong enough to protect us from the scary Asians, it seems that the Australian government failed to prevent one our closest Pacific neighbours from signing a security pact with the Chinese.

In even weirder news, the Scotty and Foreign Minister Marise Payne say they knew about the secret draft security pact between China and the Solomon Islands weeks before it became public knowledge, with several government sources claiming the nation’s intelligence agencies played a role in orchestrating the leak.

After years of slashing foreign aid to our pacific neighbours because the National Party don’t like giving money to foreigners during drought, the fact that these tiny island nations are now nailing their flags to China comes as no surprise, because it is isn’t Australia thats helping them build roads and airports.

However, as the 2022 Federal Election campaign descends into pointless culture wars charged debates about gender identity and gay teenagers, it seems extreme national security breaches will be taking a back seat.

As the Murdoch newspapers desperately try to blame the Opposition for the humiliating Solomon Islands pact, the Morrison government stands by their decision to focus on politicising trans people, rather than preventing China from building a military base just a stones throw from North Queensland.

Here’s 7 reasons why transgender people are a bigger threat to our way of life than China making a move on the Pacific.