If your understanding of popular culture is solely based on what you hear on radio and see on TV, then you might not be aware of the most popular band in Australia right now.

Often trending at #1 on YouTube worldwide, Mount Druitt rap group OneFour are currently running rings around anyone you ever see on stage at the ARIAs, with millions of video views – and millions of Spotify streams.

While their unique brand of Samoan-Australian gangster drill rap might seem like a niche genre of music, it appears to have infiltrated the headphones and portable speakers of hundreds of thousands of Australian kids who live well outside of Western Sydney.

And like all good rap groups, they’ve hit affluent suburbs of Brisbane, Sydney and Melbourne the hardest.

A recent report by the Financial Review has found a sharp rise in confused investment bankers and barristers right across Mosman, Ascot and Toorak – who are completely dumbfounded as to why their privately-educated sons are now talking with a hybrid Polynesian accent. Many want answers.

The following article has been designed by The Betoota Advocate’s Western Sydney bureau as a self-help guide for anyone that might be worried that their sons or daughters might be listening to OneFour.

1. Your Kids Are Now Wearing Designer Clothing To Shield Their Identity While In Public.

If your son or daughter has taken to wearing Gucci or Nautica scarves over their faces, then they are likely on strict conditions. T-shirts and balaclavas are also popular garments that OneFour veterans may use to avoid the cops taking them for a hostage.

2. Recent Changes In Their Social Circle

If your child is no longer interested in hanging out with old schoolmates, it is worth asking them if it’s because they can’t affiliate with a friend of an opp.

While making new friends is a part of growing up. It can be a concern if that bridge got burnt because their old friends act like they in trenches but them boys ain’t got no diggers.

3. Your Child Now Does ‘The Mounty Bop’ After Scoring A Try During Their Weekend Rugby Union Fixtures.

If your child is now hitting the Mounty Bop on an opp as soon as they clock that back, then there is a big chance they are listening to OneFour. This is a telltale sign that they are running the ball no question.

4. You Have Stumbled Across Evidence That They Might Be Involved In Western Sydney’s Illegal Narcotics Trade.

It’s always worth checking under your child’s bed for the signs that they are in the trap, flippin’ packs, this and that.

If you do find something, it’s best to contact their school counsellor or form teacher, as opposed to asking your child about it directly. This is because if your our kid took numerous trips round there then lad that something they can’t discuss.

5. Majority Of Their Free-Time Outside Of Study Is Spent ‘Urching’.

If your child is now carrying a ching on them full-time, then chances are they’ve been forcing that shiv on an opp. This is serious. You should book a family holiday to Thredbo immediately. 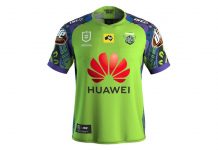 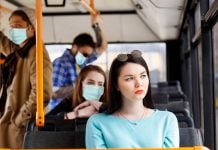 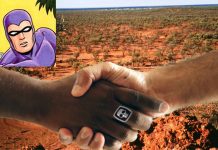