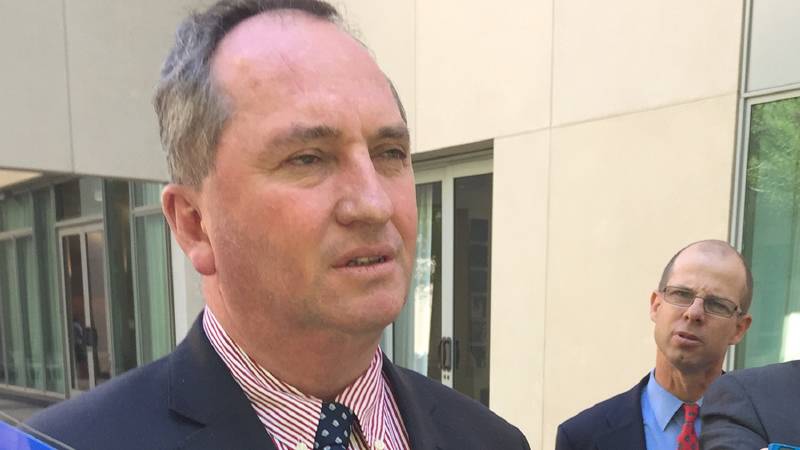 Australia’s Deputy Prime Minister and Minister For Agriculture Barnaby Joyce has been caught on video apparently smoking marijuana while on the campaign trail in New England last night.

It is believed that while visiting a bowls club in northe-west NSW town of Guyra, the Deputy Prime Minister got a bit carried away during the State Of Origin broadcast.

It is alleged that Barnaby Joyce was then invited to go outside ‘for a smoke’ with younger patrons, oblivious to the fact that they were talking about illicit substances.

After some stern mob mentality, it has been suggested Mr Joyce agreed to take a hit from the “Ice Break Saxophone” – a street term for a homemade bong, used to smoke marijuana.

“We packed that thing up to the very fucking top. Jesus he’s got some lungs on him,” says the aspiring Aussie hip hop artist.

“But he wouldn’t stop banging on about jobs and growth…”

“We had to tell him, mate were aren’t going to vote on slogans or policies… Its just about whoever is the funniest bloke on the day, or whoever we see in the news the most,”

“I’ll you what, Barnaby has got my vote after that. I’ll vote for any man who is humble enough to punch rompers in the Guyra Bowlo car park with a bunch of unemployed teenagers. He’s a mad c**t.”

While witnesses are yet to clarify if it was actually marijuana being smoked through the bong, Mr Joyce has said his involvement in the ‘car park sesh’ was very much part of the job.

“Hey, I’m the Minister for Agriculture. I gotta keep an eye on the new crops [laughter].” said the Deputy Prime Minister

@barnaby.joyce enjoying a few hot ones on the campaign trial “Jobs and Growth”