As the final days of the Federal Election campaign are dominated by Scott Morrison’s calculated decision to tackle a junior soccer player, Australia’s political reporters have been ordered by their bosses Peter Costello and Rupert Murdoch to avoid any major policy announcements that might result in a change of government.

After the Super Home Buyers Scheme failed to land with voters, and the discussions of wage stagnation returns to the news cycle, there is growing concern from Australia’s media billionaire families that all this talk of domestic violence leave and corruption watchdogs might be getting a bit too much traction amongst the unwashed peasants.

For this reason, the Australian news reporters currently following Scott Morrison’s opponents around the country are today flirting with the line between journalism and Liberal Party damage control.

So much so that journalists who had been travelling with Anthony Albanese on the campaign trail were this morning informed he would campaign in Brisbane alone – citing the fact that they are offering very little to his campaign – with their relentless gotchya questions and unbalanced commentary.

Albanese has since backflipped on this idea, and allowed Morrison’s cheerleaders to join him after all.

This has only made things worse for the Opposition leader, as the reporters do their best to create as many goofy highlight reels as possible, with some even scowling and stamping their feet when having their pointless sledges ignored.

The Australian public’s growing frustration with the low-rent efforts of Murdoch and Costello’s mouthpieces, has seen the reporters drilled on both social media and in person, as fed-up voters make it known that nation’s dying news outlets may as well not be there at all.

This mild criticism of Australia’s extremely partisan media has resulted in the only honest comments from any journalists this election: a full-blown tantrum from the white upper-midde-class yuppies that think they’ve done nothing wrong.

As the media pack continue to take their hurt feelings out on Morrison’s opponents with even more feral behaviour, and take to Twitter to play violins – social media giants have today released a new filter that makes users look Australian journalists who have been called out.

“We really had to work on the red eyes, and the entitled quivering lip” said a spokesperson for the platform.

“But I think we’ve nailed it. Users are loving the opportunity to look like someone who has never heard the word ‘no’ in their life and lack the social awareness to know when they are carrying on like a bunch of cunts” 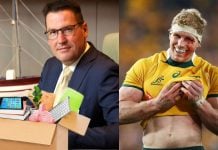 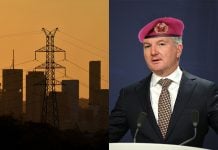