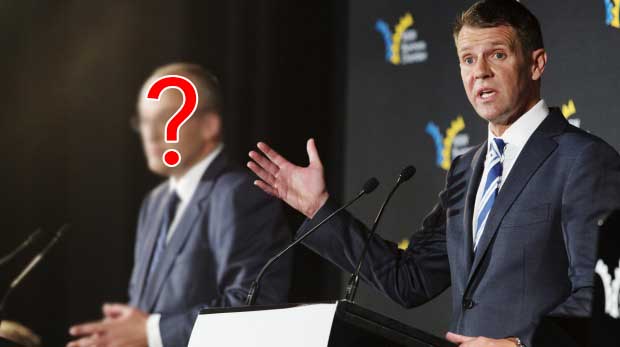 A STUDY OF over 1000 people in NSW has concluded that close to 90% of the population didn’t recognise or name the leader of the state Labor Party, Luke Foley.

Foley replaced John Robertson as the leader of the NSW Labor Party after a caucus vote two months ago.

The 44-year-old was elected unopposed after two equally as anonymous rival candidates Michael Daley and Steve Whan, withdrew from the race early on.

As a member of the New South Wales Legislative Council, or the upper house, neither the media nor the public showed great interest in him until he took the top job.

Prior to the NSW Liberal Party winning the 2011 state election, many of the state Labor figures were granted “rockstar” status by the newspapers and television stations – before they were found to be corrupt.

Former New South Wales Labor powerbroker Joe Tripodi was a regular in front of the camera – when he was the Minister for Finance, Infrastructure, Regulatory Reform, Ports and Waterways under former Premier Nathan Rees.

But Tripodi started his political career in the upper house, just like Luke Foley (leader of the NSW Labor Party).

The story is also similar to fellow ICAC alumni and former minister Eddie Obeid, who was elected to the NSW Legislative Council in 1991.

Taking these two shining examples of the finest state Labor politicians into account, Luke Foley has a bright future ahead of him.

According to his Wikipedia entry, Foley only had an image of him added to his page a matter of weeks ago.

Google Trends also outlines that Foley was “a complete unknown” before his accession to the Labor leadership, which can be chalked up to the fact that he’s never had any tangible responsibly within the party. Foley has never been a Minister and he’s never run a government department – therefore detailing why nobody knows who he is.

In another disturbing trend, radio identity and reality TV show star Chrissie Swan is now outstripping both Mike Baird and Luke Foley in news figures.
Media commentators have credited the spike in Swan’s popularity after Sunrise anchor David Koch made an “off-colour” joke about the 41-year-old being caught smoking while pregnant.

Koch made reference to the fact that “people at work are always ‘bumming’ cigarettes from him” and he “feels like Chrissie Swan because he’s ‘smoking for two’ now”.

The tragedy of this situation is that NSW Labor does have some great policy behind it, such as protecting the state’s electricity network from privatisation and boosting food exports to Asia.

For the first time in a long time, it seems as though NSW Labor has pulled their socks up in terms of engaging the voting public with a range of policy options that, on paper, benefit the overwhelming majority of the NSW population.

Whether or not any other their policy would come to fruition is another thing – because the state is effectively penniless from the last time the people of NSW suffered under a Labor government.

Regardless, it’s almost certain that NSW Labor won’t be letting a look in at this election – not because they’re full of toxic, corrupt and dishonest politicians who only exist to serve themselves, they’ll lose because none of the voters know what their leader’s name is or what he even looks like.