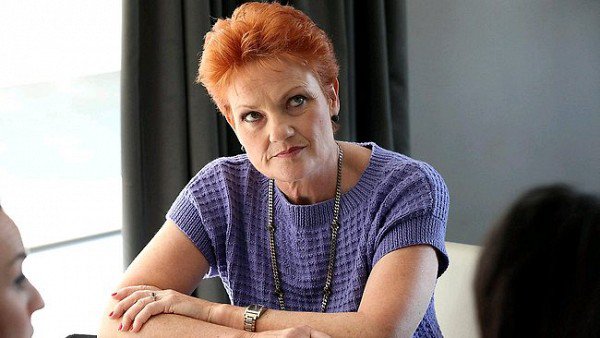 Just days after she called on Malcolm Turnbull to slash funding to the Australian public broadcaster,  lawyers for One Nation leader Pauline Hanson are in court attempting to gag the ABC to prevent more secret recordings made by former party treasurer Ian Nelson becoming public.

Senator Hanson has lodged an injunction in the NSW Supreme Court which seeks to stop the ABC from broadcasting more covert material that makes her look like an unsavoury character, in her quest to bash migrant communities all the way to Prime Ministership.

“Whatever comes out is just leftie rubbish,” said Pauline.

“These voice recordings are none of their business. That’s why I’m trying to stop them from leaking them because it’s just propaganda to make their Islam-loving communist mates happy”

“Just don’t listen to them” she told a rally of jaded voters in a working class town that has been rocked by her decision to slash penalty wages this morning.

Mrs Hanson continued to shout conservative buzzwords until the crowd began roaring in her favour.