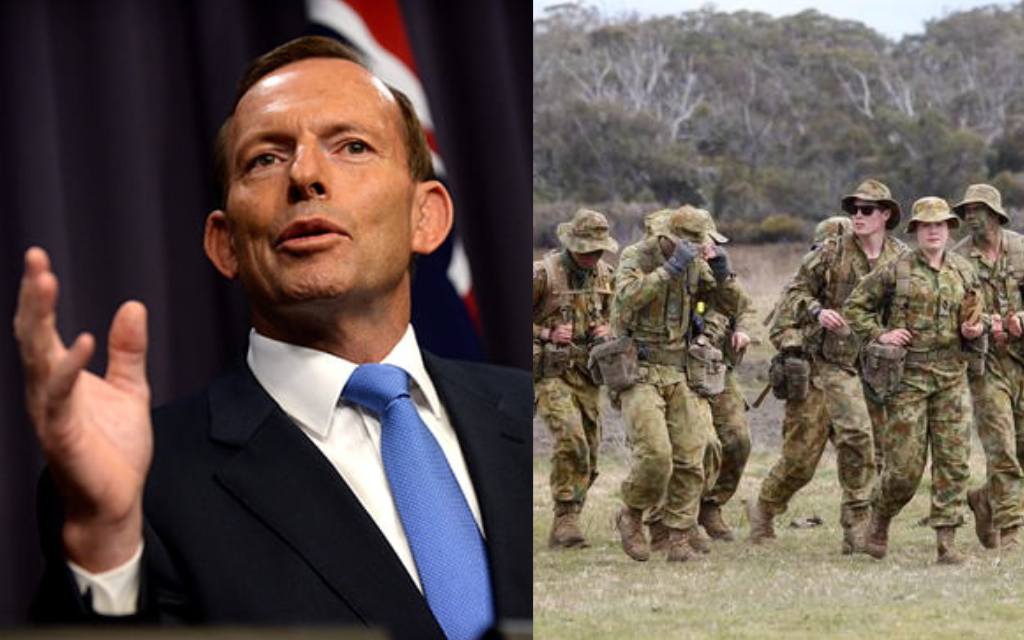 Proving that some people will talk about any old shit to pass the time, the idea of mandatory military service has once again been brought up by some old cunts who are already in the clear.

Famous for only being considered a good PM by xenophobes, former PM Tony Abbott, aka Uncle Tony, aka Half Term Tony, aka The Unexpected Virtue of Ignorance, has popped his reptilian head up to say he thinks school leavers should spend a few years getting shot at.

During a podcast interview, because some masochists actually want to listen to Abbott of their own free will, the onion muncher discussed how school leavers being forced into a year of military service would bind the nation, as if that was something he was ever capable of.

“It’s going to give those who don’t go to year 12 some options,” stated Tony, forgetting that trades, TAFE and bongs exist.

“The main option being to learn how to shoot a gun and enjoy a good honest kill.”

Returning with all the grace of a hemorrhoid, the idea that Australia should join Israel, Syria and BTS in mandatory national service gets floated every couple of years, exclusively by redundant old cunts who would die screaming for their mother if they ever went to war for anything other than a photo opp.

Abbott’s comments have been met with an onslaught of criticism, mostly due to the fact that people have been reminded that Tony Abbott still exists and once responded to the death of a soldier by saying “shit happens”.

Some however, have also criticised the idea of national service for people who leave before year 12 which conveniently targets demographics that most politicians only ever see on TV.

“Let’s not be too dogmatic about the conversation of national service. Just because I’m the most dogmatic old shit you’ll ever meet, doesn’t mean you have to be too.”