In a rare showing of ALP unity, both Opposition Leader Anthony Albanese and every other member of the entire Labor Party have come out with condemnations of Australian swimmer Mack Horton for being a disrespectful snake Aussie kangaroo poo.

The Labor Party, who previously remained quiet regarding the Mack Horton protests, are now in full support of his Chinese rival Sun Yang – and have urged Horton to apologise

Anger towards Australian swimmer and prominent Gweilo Mack Horton has dominated Chinese social media for many months, with millions of people directing their fury at the Rio gold medallist over his refusal to share a podium after being beaten by alleged drug cheat Sun Yang.

Horton has long been critical of swimming authorities for allowing the Chinese star to compete after serving a three-month suspension in 2014 for testing positive to a banned stimulant, and last year smashing a blood vial during a dispute over the process of a random drug test.

While Mack Horton has received plenty of praise from Australian fans and other prominent Olympic identities, the ALP’s outspoken criticisms appear to have come out of nowhere.

However, many political analysts say it may have something to do with a recent fundraiser in Sydney’s Chinatown, where Labor politicians were wined and dined by prominent property developers and Chinese nationals.

This follows the new ICAC findings that Chinese billionaire Huang Xiangmo gave $100,000 in cash to a senior Labor Party official, in breach of electoral funding laws. The commission was told one witness, Quanbao Liao, took his own life in 2018 before giving evidence to the ICAC

The ICAC is beginning six weeks of public hearings to investigate whether NSW Labor received money from illegal sources, with many in the media speculating this brown paper bag syndicate goes all the way to the top of Federal Labor.

Except for Mack Horton, and basically anyone opposed to Crown Casino’s operations, and anyone opposed to the current international student-based funding model Australia’s universities are now solely depending on. 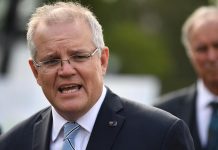 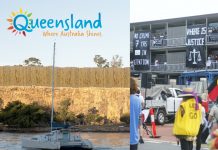