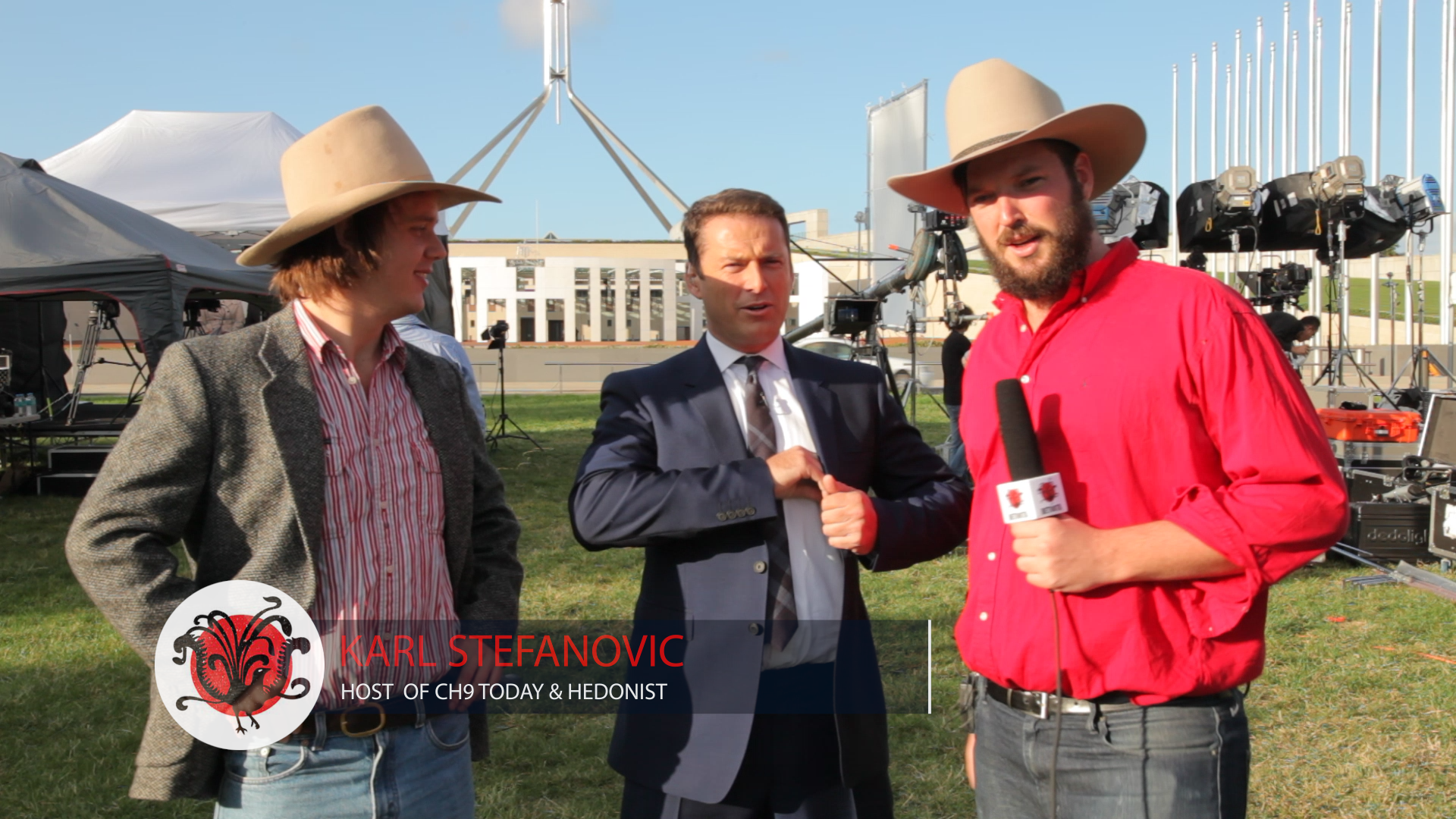 IT was very kind of Today Show anchor and click bait phenomenon Karl Stefanovic, to find the time to speak to The Betoota Advocate – on what was one of the busiest starts to the political calendar in recent memory.

After touching briefly on the morning’s latest news from inside Parliament House, editors Errol Parker and Clancy Overell were able to speak with the 39-year-old about the glory days of regional journalism.

“You liked the beer and skittles a bit too much,” said Stefanovic, speaking to Clancy Overell.

“I remember being more successful with the backpackers than you were.”

Though the catch-up was fun, albeit short, it was great to see Peter’s brother again and the boys are confident it won’t be the last time they find themselves finding the lighter side of a political disaster with the former Ron Wilson fill-in.