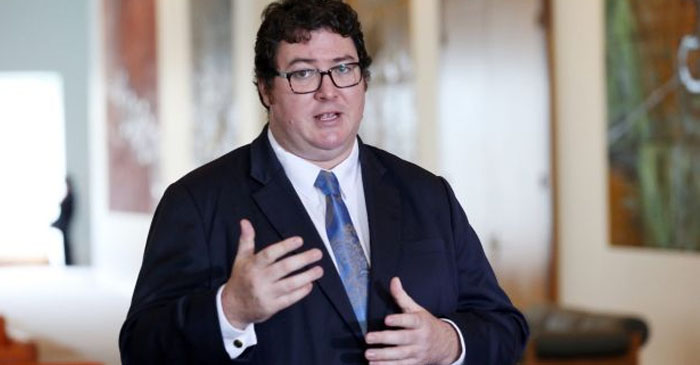 The non-binding and possibly unlawful postal vote plebiscite to determine whether or not Australia is ready to treat gay people like adults will be a waste of money, says Queensland MP, George Christensen.

“Not because it will accurately determine the sentiments held by people outside parliament house, but because those sentiments won’t be acknowledged by the house of representatives” he says.

With $120 million expected to go towards organising the 18th century form of voter technology, Christensen says there’s not much point because if his electorate doesn’t want gay marriage, he’ll vote against it.

Christensen says that at the end of the day – passing gay marriage in Australia was always going to be as hard as it possibly could be – and that the government should redirect that money into the mining sector.

“Either that or climate change” he says.

“If we are going to blow money on something that my electorate of sugar cane farmers and retirees don’t believe in, it may as well be climate change”