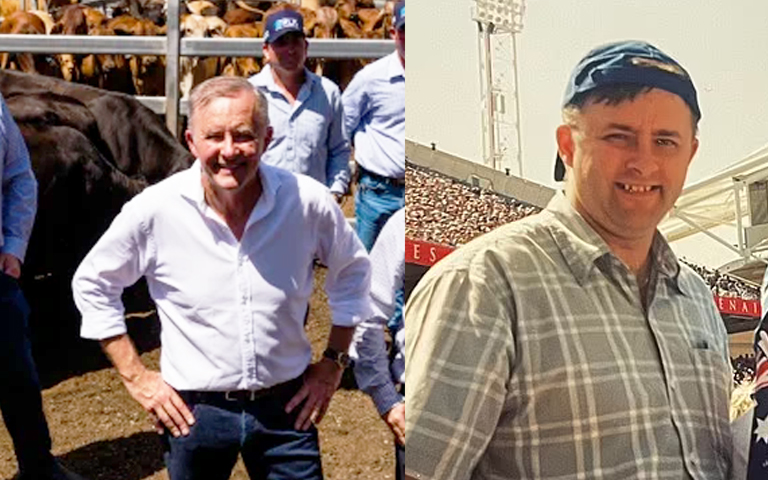 As the National Party continues to distance themselves from Scott Morrison ahead of the 2022 Federal Election, bizarre things are beginning to unfold in Canberra.

With the Prime Minister told to stay the fuck away from local campaigns by some of his most loyal colleagues, it was the Opposition leader joining the Agriculture Minister at one of the most important ag events of the calendar year.

National Farmers Federation President Fiona Simson launched the annual NFF conference yesterday by highlighting the importance of the upcoming federal election for agriculture and the bush could not be understated.

The alternative universe that is the 2022 election campaign was further cemented at the conference, with the Opposition leader even bothered showing up to address the crowd of industry professionals who traditionally view Labor as their number one enemy.

Standing in front of room full of industry leaders who remember the live export ban all too well, Mr Albanese gave his pitch to rural voters.

Starting by drawing paralells between the wants and needs of his South Sydney electorate and rural Australians.

Albanese told the crowd of farmers that his own voters shared their same frustrations over Howard’s gun control laws, highlighting that while it has made farm maintenance more difficult for primary producers – it has also crippled Marrickville’s once storied community of bank robbers and servo ram raiders.

“We aren’t that different, you and I” he told the rural voters.

The Opposition leader went on to dispel the theory that the Australian Labor Party cannot sympathise with the unmitigated misery faced by farmers on this barren continent of extreme droughts and floods.

“Don’t get me started on droughts”

“Have you seen photos of me as a young fella”

“There were no good seasons in Marrickville in the 1990s. Remember that”