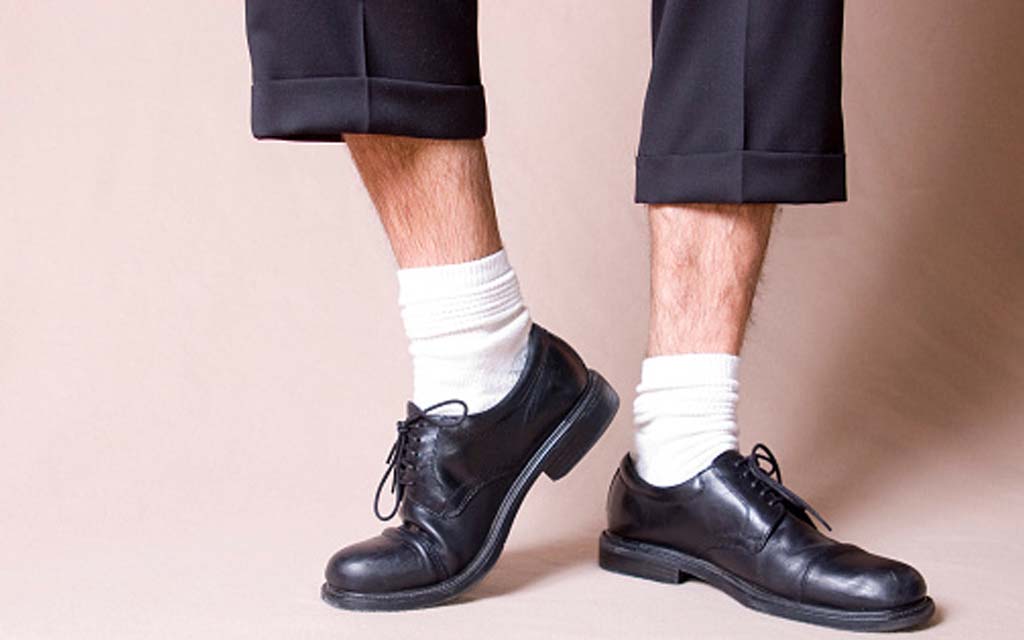 A local man has created widespread panic throughout a cafe come coworking space this morning, all thanks to his choice of footwear.

The Advocate understands breakfast was ruined for a number of inner-city elites, who had spent the morning dining out at a popular milkshake cafe and creative hang out space, ‘Alabama Shakes’.

Sporting black leather shoes and crisp white socks, it’s understood local graphic designer Jean Adobe (29) caused quite a stir, as a number of local terrace homeowners questioned whether they were indeed in the company of a deep state conspiracist.

Speaking to cafe owner Toby Conrad, the appearance of bare white socks was enough for some French Quarter latte creatives to consider fleeing.

“He was sitting there all morning swearing under his breath as he mashed the keys on his laptop, he had the whole place jitters,’ said Mr Conrad.

“I’m pretty sure I heard him mutter ‘Fuckin’ Wifi’, didn’t know whether he was swearing about our NBN connection or his belief that 5G towers are the sign of the rise of a fascist authoritarian government.”

After causing half the cafe to skip breakfast and discreetly exit the premise, Mr Adobe has told The Advocate his decision to dress like a teenager that has the potential to shoot up a school was purely tactical.

Mr Adobe has privately confided to our reporter that dipping the proverbial toe into Berghain nightclub inspired attire, was the easiest way to secure a table at a coworking space.

“Honestly, ever since the working-from-home situation started, these networking spaces have been so damn busy”.

“But if I dress up like a guy who knows how many rounds fit into an AR-15 rifle, no one ever wants to sit next to me.”

“Finally I get some peace and quiet to do my job.”