The ACCC has issued a warning about a sophisticated new scam which aims to trick members of the public into sending approximately a third of their income to a shady organisation known only as “ATO”.

The scam, which targets gainfully-employed members of the public, encourages them to “register” with the organisation, which involves supplying personal details and the details of their employer.

The gang then uses this information to contact the employer and force them to hand over around a third of that employee’s paycheque.

Those who try to defy the gang by retaining all of their income are threatened with imprisonment, which is a very unpleasant experience; unless you are very wealthy, in which case it’s just an inconvenient holiday in mediocre accommodation.

Supermarket Cashier Kellie Burkett, 17, said she was tricked into the scam when her manager, who was part of the scheme, handed her a “registration form”.

“I feel so stupid,” she said “I’d heard about the ATO gang but I guess I was just excited to start my first job, so I was just signing anything. God, it even said ‘ATO’ at the top. I never thought I’d get sucked in like this”.

Although the modus operandi is well-known, members of the gang are hard to track down as they are often protected by welfare recipients who are paid fortnightly bribes through a front organisation known as ‘Centrelink’.

The ACCC advises that the best way to avoid falling for the scam is to read any paperwork carefully before signing and insist your employer pays you in cash only. 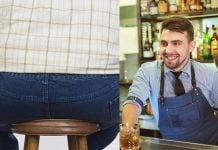 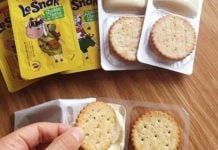 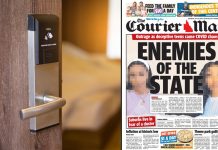