The 7.73 billion non-Australian members of the human race are scratching their noggins this week as they struggle to wrap their heads around the fact that Australia is not letting someone into the country.

It’s been confirmed that the rest of the world isn’t really impressed by this whole ‘tough on borders thing.’

As tennis fans tune in to see if Novak Djokovic’s lawyers will be successful in getting the unvaxxed Covid-superspreader to play in the Australian Open, many fans from across the world have critiqued Australia’s leaders but not for any of the things they actually deserve to be criticised for.

Australia has a checkered history with immigration with a narrative that has been controlled primarily by the descendants of Australia’s first immigrants.

Although 30% of us were born overseas, many Aussies alive today lived through the white Australia policy and 100% of us are governed by a man who owns a trophy that boasts of his ability to stop boats of desperate asylum seekers landing on our shores in favour of turning them away so they can sink in international waters.

It is for these reasons that many Australians are surprised that the rest of the world seems to think our government lets just anyone in, especially an unvaccinated athlete that plays a sport that wins the Prime Minister 0 votes.

“People literally put a sticker of Australia on their car that says ‘Fuck Off We’re Full,’” stated one Australian tennis fan, torn between wanting to see the men’s world number 1 compete and wanting him to get the what he deserves.

“Even our tourists shops have shirts that say ‘Love It Or Leave It.’ Some of us don’t even like it when the English stay too long which is a bit bloody rich when you think about it!”

“Barnaby Joyce wanted to personally kill Johnny Depp’s dog’s mate and even they had had all their shots.”

At the time of writing, Djokovic’s legal team are hoping that implicating their client in additional instances where he was responsible for the spread of the virus should convince the Australian government to let him stay.

However, the rest of the planet is just looking on in disgust. 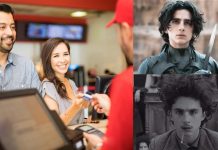 Report: Lunar New Year Confirms This Is Not Year Of The RAT

And Just Like That, Local Millennial Realises She Is In No Way Interested In The Dramas Of Middle Aged New Yorkers