Nine years ago, millennial Tessa Paulo (26) was promised by her parents that Facebook would rot her brain.

Turns out, Paulo’s parents weren’t wrong but not in the way they had intended.

A nationwide survey of 1,155 families has determined that the average parent spends 30% more time on Facebook than their children ever did during high school.

“It’s pretty hypocritical,” stated Paulo as she scrolled through her seldom checked Facebook feed, demonstrating how the majority of it was news stories shared by hers and other people’s parents.

“Every time I checked Facebook during year 12 they acted like I’d joined the bloody circus. Now I hardly use the thing anymore because all that’s on it is them tagging me six times a day on a news video of an animal doing something funny that I already saw on TikTok.”

Paulo’s mother Agnetha denies claims of hypocrisy stating that Facebook is only bad for developing minds that can’t tell the difference between fiction and reality.

“I read about it on this website, they are trying to mind control children,” stated Mrs Paulo, showing our reporters an article published on a ‘news page’ with 600 followers and a crosshair in the logo.

“But that TikTok that you go on about, THAT, that is a timewaster for sure. That’s making kids dumber. Now show me how to get to your profile again.” 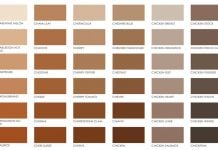