A new report commissioned by the Department of Health has found that a growing number of Australians don’t trust the quickly developed vaccine that they wanted to be developed so quickly.

“I won’t let them poke that needle anywhere near me,” said aspiring Instagram celebrity Ingrid Selene.

“I heard it takes a really long time to develop a vaccine, but they came up with this one in like a year? I saw a thing on the internet where they invented this other vaccine and it took a long time, but this one was ready in a short time. It sounds suspicious to me”.

“This one time, I took my car in to be detailed and I said I was in a rush and needed it done like super urgent ASAP. Then I came back two hours later ready to complain that it wasn’t finished yet, but it was finished and ready for me.”

“It looked really good, but you can’t properly detail a car in two hours; everybody knows that. They must have tricked me somehow. I left them a 2 star review. It would have been 1 star but the car looked really amazing”.

However, those in the industry have reacted to the contents of the report with frustration.

“Are these fuckheads for real?” enquired a Vaccine Researcher, who has asked we withhold her name to protect her from Pete Evans.

“The human race is facing one of it’s deadliest challenges; I mean, this is a worst-case-scenario virus that has infected 84 million people and killed almost 2 million of them.”

“The public is desperate. Save us! Save us evil Big Pharma they say. Pharmaceutical companies like the one I work for race into action and spend billions of dollars to bring a vaccine to market so they can make a shitload of money and save lives at the same time.”

“They cancelled my leave; they cancelled everyone’s leave, so we can all work overtime to test this vaccine and get it on the shelf, and now after all that the public doesn’t want it because they didn’t think we could develop a vaccine in the timeframe they asked for?”

“Did they think we just squirted some Windex into a vial and hoped nobody would notice? Where are the people from this report? I want to stab them. With a syringe. Containing the vaccine we spent the past year developing and testing. Where are those stupid bastards?!”.

At this point the interview was concluded as our reporter was feeling nervous. 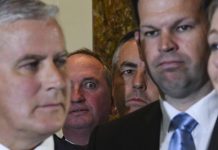 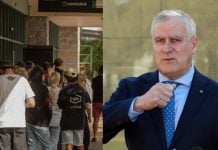 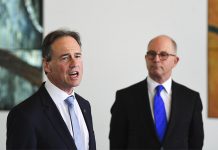 “She’ll Be Right,” Says Government As Efficacy Of AstraZeneca Jab Called Is Into Question