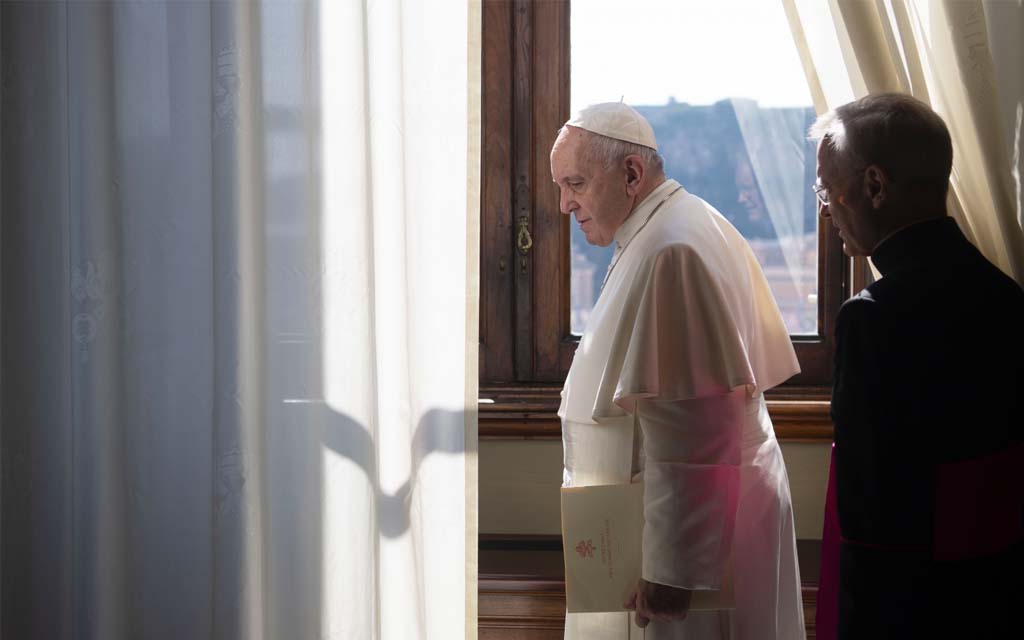 After a rough 24 hours, Channel 7 has taken another hit today, with a second high-profile guest walking out of an interview.

Pope Francis has stormed out of an exclusive sit down with Channel 7 after it was revealed the reporter hadn’t read the bible before.

The drama comes after pop star Adele reportedly canned an interview with Weekend Sunrise host Matt Doran, following his admission that he hadn’t listened to her first album in 6 years for some reason.

The PR nightmare was made even worse after it was revealed that the network had paid a million bucks for the Australian exclusive sit-down.

Now, with the gasps barely evaporated from the Adele interview, Pope Francis has hit out, refusing to release any footage from his short interaction with Channel 7 news reporter Mark Gilding.

It’s believed the walkout came after Francis pressed the host as to whether he had read any of his boss’s words.

After the reporter said he didn’t have time to skim even a child’s version of the bible, the Argentinian head of the Catholic Church got up and walked out.

The Pope’s minders then escorted Gilding and his team out of the room.

It’s been revealed by an anonymous source that the interview cost in the realm of 500 million Euros, which would be directed straight towards paying the legal fees of dodgy priests who the church moved from area to area.