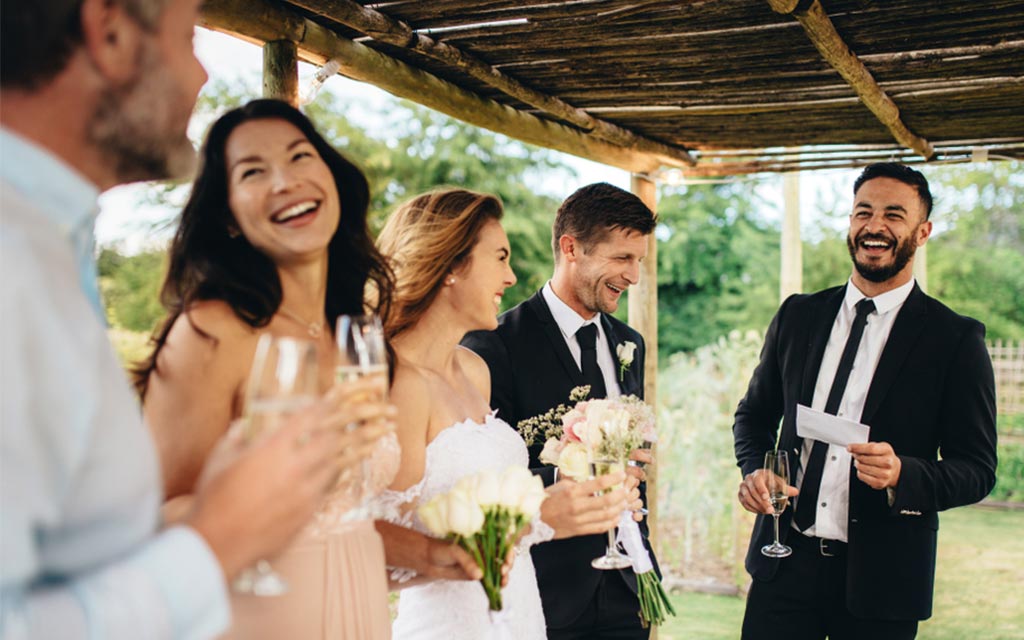 Starting off with a few lewd oneliners about how bad the groom probably is at sex, Star went on to describe a few times he and the groom drank too much alcohol before wrapping it up with the startling revelation that he cares about his best friend.

“Yeah, I wanted people to laugh but I also wanted to evoke some emotions,” stated Star as if he didn’t get his speech template off a website.

As touching as one man publicly sharing their feelings of genuine kinship to a close friend might be, the round of applause that followed appears to have sifted itself right into Star’s head as the carpark builder is now certain that he’s gonna give stand up comedy a go.

“If I change this speech around a bit it should go down a treat!”

“I got so much material that didn’t make the cut about how marriage is funny if you like really think about it because men and women are different because one is into online shopping and the other are women…hah! Progressive.”

Reports from the other groomsmen state Star has already shot off invites to an open mic he is planning on ‘dropping in on’ during the week.

“I hope they don’t mind a bit of blue humour! I’d hate to get cancelled on my debut…”