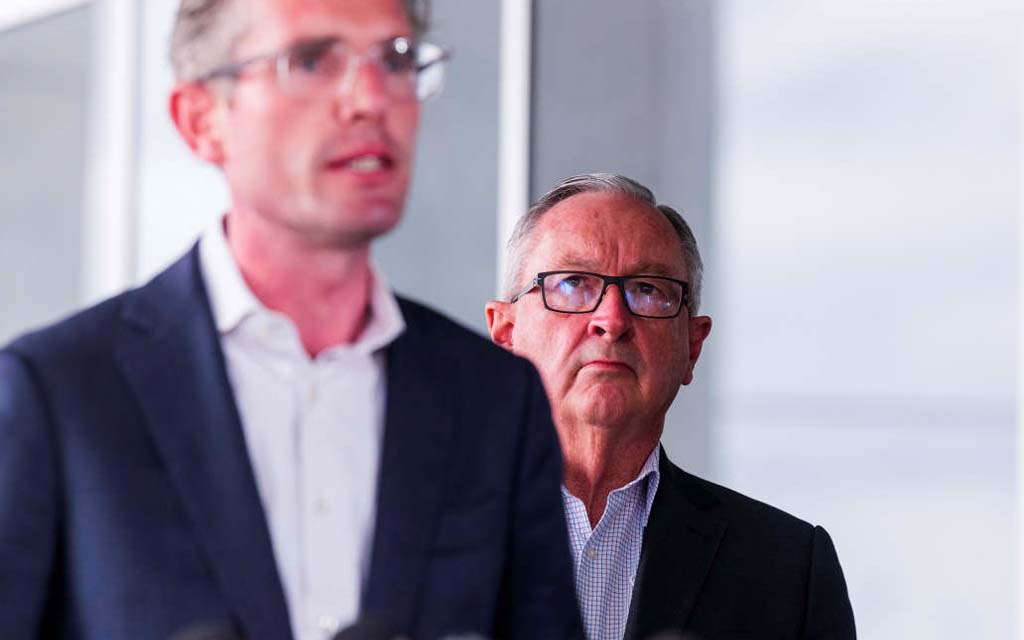 The leader of the nation’s most populous state has today rolled up the sleeves to remind everyone how good a job he and his government are doing.

This comes a few months after boldly proclaiming that he and NSW would lead the nation out of woods and into a post-spicy cough world, as his first order of business as Premier of NSW.

“This is living,” laughed Dominic Perottet this morning.

The latest attempt to make the people of the middle eastern seaboard feel superior to the rest of us, comes as NSW records a chart-topping 63,000 new cases.

Those cases were announced despite glaring shortages of RAT and PCR tests across the state, leaving tens of thousands of other infected people out of the numbers.

However, despite critical test shortages, supply chains at a standstill, people unable to work and hospitals overflowing with sick and hurt people, NSW and the premier are continuing to show us the way forward.

“Look at the festival we had early this week,” explained Perrottet.

“Granting special treatment to churches to hold mass gatherings despite the arts and live venue industries being shut down for years is an example of how we live with this thing,” continued the man who may be a little bit out of his depth.

“Failing to realise how much of a strain people needing to get tested and needing treatment as a result of letting the virus rip is also a great way of moving forward.”

“Things are looking good down here, so let’s go get another shot of me having a beer in the pub,” he said, wrapping up the conference before the few remaining journos could ask some tough questions.