NOW YOU SEE THE REASON WHY NOT EVERYONE’S THE SAME: The statewide NSW lockdown looks set to be eased this weekend for a number of regional LGAs, including the Mid North Coast, west to Tamworth and north to the Queensland border.

NSW Deputy Premier John Barilaro says he is pushing for parts of the North Coast, Riverina and Upper Hunter to be be set free this weekend

“You can’t suppress what doesn’t exist.” said the Deputy Leader of a government that has been trying to do just that for two months.

“You can actually broaden it out to 30-plus LGAs that pick up that region where there have been no cases.”

Mr Barilaro said restrictions should be lifted in the Riverina too “fingers crossed” – however Dubbo, the Far West, the Hunter and the Illawarra will remain under stay-at-home-orders as they frantically try to trace the spread of the virus in rural communities.

The indefinite extensions continue to inflict economic and personal strains on rural NSW residents, as this Sydney Sneeze continues to spread in the regions that never even got a look-in for the jab roll-out before the outbreak spread there.

“Mate I’m still living in the 1990s” he tells the Betoota Advocate.

“Most of us are. I don’t give a fuck if the local sushi train is closed. As long as I’ve got my VHS tape of the Knights stealing the silverware from Manly 22-16 on the 28th of September 1997.

“That, and my CD copy of The Screaming Jets debut album ‘All For One’… That’s all I need mate. That’s all any of us need”

As a retired former steelworker living on compo, Danny says the only thing he’s really missing in this lockdown is the leagues club. But with a fridge full of New cans and Sky Racing on 24-hours-a-day – i can make do without it.

“What about Darren Albert’s try though”

“Seven second from the buzzer. Fuck me” 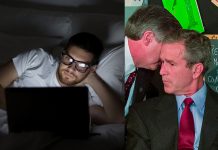