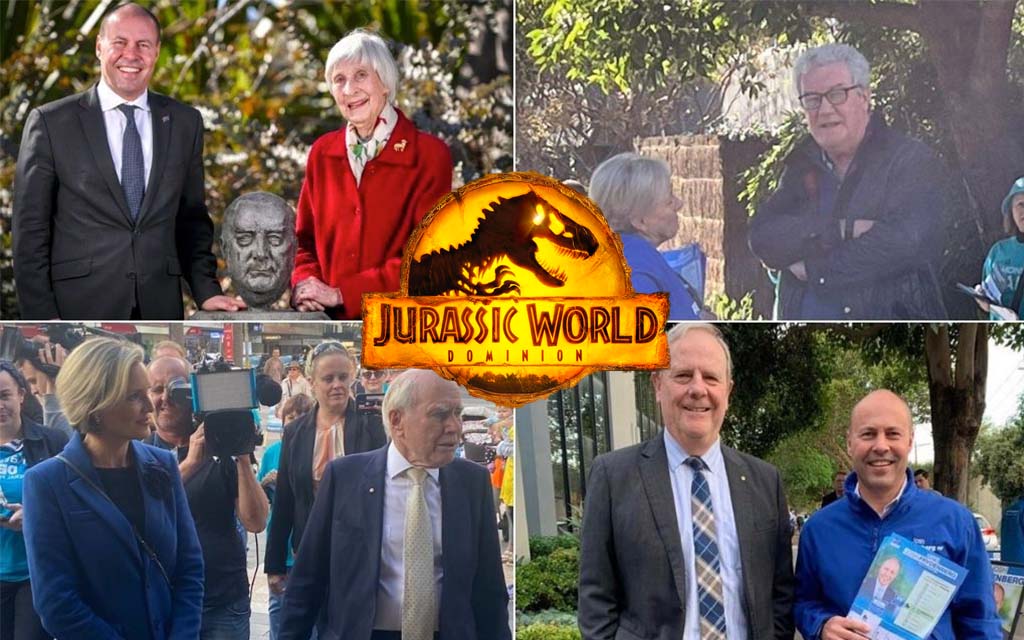 In some exciting news for the overlap of a Venn diagram that is blockbuster hits and Australian politics, the new Jurassic Park movie is going to have an exciting twist.

Coming to cinemas near you, the film is set to feature a sensational new cast of dinousaurs, and all from our very own continent.

The blockbuster hit is going to star a horde of ex Liberal Party heavyweights, that are roaming through a bunch of marginal electorates in Austrlalia.

The collaboration between Australian political royalty and Hollywood big hitters reportedly came as a result of a desperate Scott Morrison leaning on the old fossils to try and win himself an election.

That included rolling out the boss of a major news network to publically campaign for his under fire Treasurer in Kooyong.

While many have pointed out that having the head of an orgnaisation that is supposed to provide balanced coverage of the news campaigning for a politician isn’t a great scenario, Jurassic Park producers say they are excited to see how it comes up.

It’s believed OG director Stephen Spielberg was also excited about the challenge of trying to work with the Tyrannosaurus Rex of the Liberal Party that is every middle class dad’s favourite Prime Minisiter, John Howard.