A local Betoota family has had to put some funeral plans on hold this week, after an ageing Grandmother appears to have been brought back to life.

After barely making it to her 87th birthday, local senior citizen Dorothy Walters is believed to have spent the last several weeks out of sorts at the Aged Care Home in Betoota Heights.

But, after weeks of daily visits, the Walters family have been shocked to see the revival of their much-loved Grandmother, who appears to have been inspired by a recent day trip to the cinemas.

“But ever since they bundled her into the nursing home mini-bus and took her down to the mid day showing of the new Elvis film, Nan’s sparked right back up!”

Dangerous in its level of lust and sexual prowess, some local Doctors have even cautioned the showing of the film to senior citizens, particularly to those with any form of heart condition.

“It’s dangerous to take anyone over the age of 70 that’s for sure,” said local Betoota physician Dr. David Knight.

“Once those oldies see those hips wiggling, they sure do sit upright!”

“It’s my only explanation for Dorothy’s recent spark back to good health, after seeing all three hours of that glittery and jittery assault on the senses, she’s got her groove back alright!” 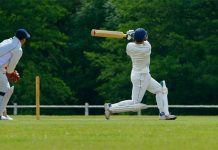