34-year old Betoota North mother of three, Alycia Curtin says that while her shameful “third-of-a-pack-a-day” smoking habit is not something she is proud of… it’s not that bad – considering she has close friends who still go to nightclubs.

“Look, I am a mother of three healthy children –  Which means I have pretty much succeeded in every way possible to begin with – not to mention that I am also at work full-time and have a very committed husband. I don’t think my smoking habit is that bad in the scheme of things,”

Mother to Isabella (7), Jamie (5) and Hayleigh (4) – Alycia Curtin and her husband run a local travel agent in the cities north side, a stones throw from their family home.

But while Mrs. Curtin and her family enjoy the “settled down” life with their kids in the suburbs, she often criticised by in-laws and old friends when they are made aware that she is a still habitual cigarette-smoker.

“Here I am copping flak for a cheeky cigarette. It’s not like I fill the kids up on Maccas every night – My kids eat very healthily, junk food is only allowed on fridays and weekends. I’ve got friends who still spend their weekends hooking up with strangers in dodgy bars. Unmarried, no kids, no job prospects – that’s worse than smoking. I haven’t done recreational drugs since New Years Eve last year!”

Ms. Curtin has stated that she has tried quitting “once or twice” but finds it too hard of a task while juggling home and work life. She also praises cigarette smoking as one of the few vices available that contains zero calories.

In 2010, surveys showed that around a two thirds of family households in Betoota included at least one child aged 14 years. Of those household, 64.3%  included someone who smoked in the house. These numbers equated to just over 1o,000 children exposed to second hand smoke at home.*

However, despite this concerning stats, Mrs Curtin still feels that she is entitled to enjoy her dangerous luxuries under strict guidelines enforced by both her and her husband, Peter.

“We don’t smoke in the car anymore and we don’t smoke in the house – only the living room and only when we are drinking. We make sure our kids are taught that these habits are unsavoury, Peter quit smoking full-time in 2012 when his football team made the Grand Final – I am still waiting for the right moment,”

“I never smoked when I was pregnant – even though people still do it, Chrissie Swan did it – but I never would. I am better than that.”

*Statistics regarding cigarette smoking in Betoota do not include motorhomes or caravans. 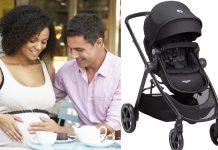 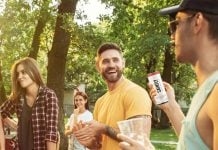