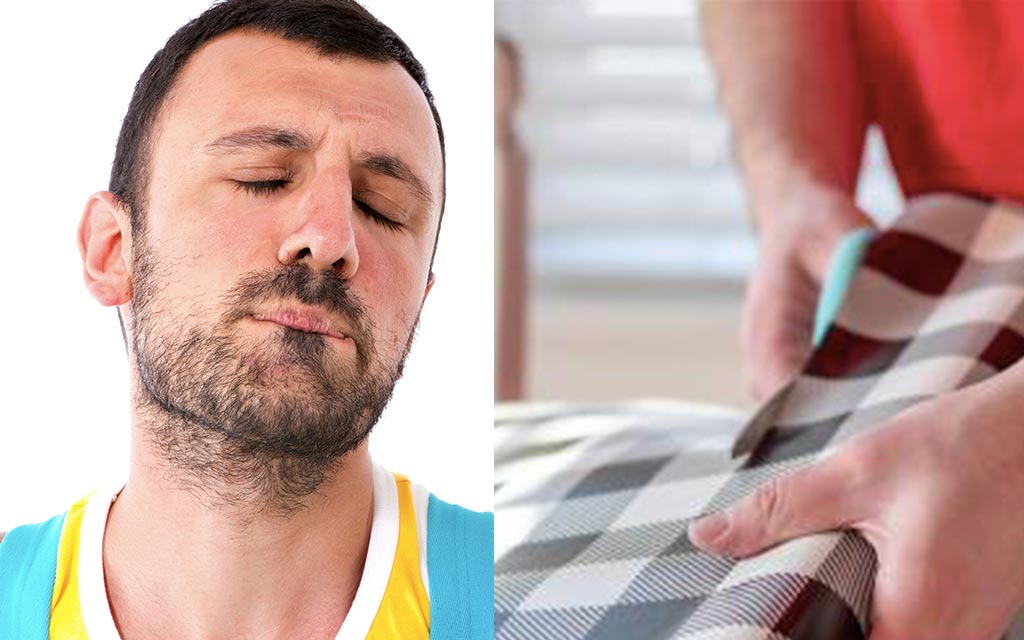 Humming a happy little tune to himself, local man Jake Gosford whips out a pair of scissors and sets to work on his apology present for the missus.

It’s alleged that the thirty-two-year-old HR manager had been a little bit too enthusiastic about the pubs opening up again, resulting in a few too many nights stumbling home in the dark. The sheer act of him coming home late hadn’t been the problem for his ever-patient wife, but more so the amount of money getting sucked out of their joint bank account.

So, to make up for blowing $500 on booze and ‘other stuff’, as titled in his sketchy 1 am bank statements, Jake has forked out another $500 on a chunky Pandora bracelet. It’s not that he’s ever seen his wife even wear jewellery, save for the hair tie that seems permanently attached to her wrist, but Jake doesn’t exactly have much of an imagination when it comes to purchasing gifts his wife would actually like.

Unfortunately, by looking at the discarded balls of wadding up wrapping paper, it’s evident that Jake is having a hard time. He could have just bought a nice little gift bag, but he figured his wife would appreciate the added effort. Even if it looks like shit. However, if he’s being honest with himself, he’s quite enjoying the process. A little bit too much.

Letting out an involuntary moan of pleasure as the scissors glide effortlessly through the wrapping paper, an exhausted Jake collapses into a heap onto the floor before rolling his body away from the wrapped paper and dutifully ignoring it for the next half hour while he watches an episode of How I Met Your Mother.