As the nation slowly starts to ease out the lockdown rules, local mum Natasha Clarke figures a dinner party is the best way to celebrate things getting back to normal again.

Ever the enterprising host, Natasha has gone full slog tonight with the theme ‘Murder on the orient express’, which sees her and an assortment of middle-aged couples getting kitted out in 1920’s gear and drinking their weight in port.

She’s especially excited for tonight as the murder mystery game she’s bought from eBay will no doubt add much needed some spice to their evening.

Though it’s likely they’ll all get too hammered before the big reveal, the chance to dress up is personally a much-needed respite for Natasha, who’s keen to let her hair down while the kids are away –  plus, she gets to see the next-door neighbour Kevin in a pinstriped suit, which is the most excitement she’s felt since watching Daniel Craig emerge from the water in that Casino Royale scene.

However, despite slogging it out in the kitchen all day in preparation, Natasha has had little help from her husband Daniel who’s kept in convention with the 1920’s gender norms by being absolutely useless in the household. In fact, he only has one job – to get fucking ready.

But come quarter to five, and Daniel is still reclining in his favourite chair watching the sports channel right as the first of the dinner guests arrive in the driveway. Which is when he decides it might finally be time to get out of his chair and wash off the day’s muck.

Copping the full fury of his wife’s heated glare, Daniel skulks off into the bathroom and hops into the shower, which is strangely cold for some reason. 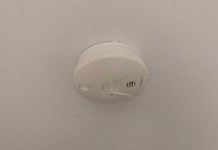 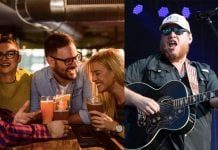