Not even 24 hours after it was first revealed that he had received special exemptions to travel back and forth across the closed ACT border to Sydney for Father’s Day Weekend – Broome media outlets have reported that he’s done it again.

It has since been reported that Scotty From Marketing has once again received a special exemption to travel to the Kimberley region of Western Australia to treat himself to a sunset camel ride.

It is not yet known if the PM sought special exemptions from the McGowan government for his most recent getaway.

However, given the hostilities within the National Cabinet – it has been assumed that Morrison may have gone over the state’s head and used Federal powers to do what he wants.

45 minutes ago, Scotty From Marketing was photographed on camelback enjoying yet another special little holiday moment overlooking the Indian Ocean.

The images of a husky silhouette having the time of his life giggling and taking in the natural beauty of the 22 kilometre white sand beach.

Taking into account the AWST time difference, the Cable Beach sunset camel rides have only just concluded at 8:40m Eastern time. Witnesses present at the Western Australian tourism destination can report that the Prime Minister was riding the first camel in the caravan.

It can be confirmed by a couple blokes drinking Emu Export cans on the bonnet of a stationwagon at the plane spotting hotspot next to the Broome airport that the Prime Minister took yet another RAAF VIP jet on this holiday.

However, this particular government aircraft was the Boeing, not the Learjet. With two fully staffed police convoys at each end of this 5 hour plane trip, it can be estimated that the tax-payer has likely tipped in close to $2m for the entire trip when all is said and done.

Kirribilli House staff have confirmed he did not bring Jenny and the girls with him for this most recent exercise of tax-payer funded self-indulgence, with sources saying that he felt he needed a boys trip ‘to get away from the nasty media’ with his two remaining media staffers that can stomach his company. 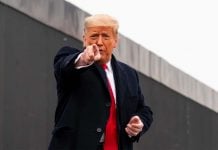 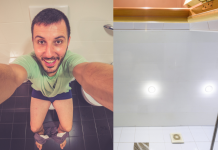