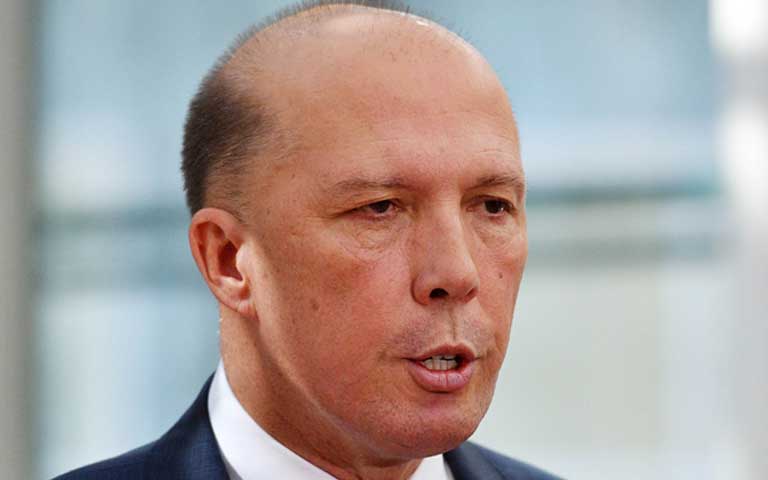 Just nine days out from the 2019 Federal Election, Home Affairs Minister Peter Dutton has claimed Labor has “gone soft” on border – in a breathtaking example of a struggling politician reading the room.

In a news cycle dominated by climate policy and aged care, Peter Dutton has tried to pull a sneaky one by unsuccessfully stoking the fires of racial friction by excessive use of the word ‘boats’.

This comes a couple weeks after Dutton’s last run at the headlines, where he unveiled the bold campaign strategy of berating disabled people in an effort to win over the support of voters in his marginal seat of Herbert, north of Brisbane.

The issue of border protection had barely rated a mention during the election campaign before his comments, and still isn’t really an election issue, unless we want to talk about the boatload of Vietnamese blokes who somehow ended up in the Daintree.

These comments mark the final days of of Dutton’s 18-year reign as the Member For Dickson, in which time he appears to have worked his very hardest to become Prime Minister even if it means throwing a hospital pass to Scott Morrison.

With Labor paying $1.60 to take the seat from Dutton, it is not known if the outgoing member for Dickson is going to find much work in the private sector after proving he is capable of fucking up a cup of coffee.

However, it is believed that Dutton is not too concerned about employment after politics – given all of the money his family’s childcare centres have made out of this current government.