A young university student named Ashley White who still lives at home with her parents and doesn’t work has made an interesting claim today.

The student currently studying at Betoota Polytechnic today confided in a fellow classmate that she has ‘definitely just failed that exam.’

These claims came after White emerged from the 90-minute Discerning Places And Movements In Legal History And Ethics exam, she took as part of her Arts/Law Degree.

Speaking in the library, the solid Distinction student informed her friend preparing for an upcoming exam with her that she had completely ‘fucked that exam.’

“Fuck, like, I actually failed for sure, like I can’t believe how bad I went,” she sighed to her friend who has nearly full-time hours at a local clothing retailer and is potentially a chance of failing because she had two 21st’s on the weekend.

“I guess that’s what happens when you do barely any study,” said White, who has never failed a subject in her 3 years of tertiary study.

After a few more uses of the words ‘literally’ and ‘definetely’ her friend Lucy Sims spoke to us about the recurring theme in White’s rants.

“Look, I like Ash, and I get on with Ash, but she claims to have failed every single assignment and exam we’ve done together, and then lo and behold a distinction or high distinction magically appears,” began Sims.

“It’s complete bullshit, and some vague attempt to pretend like she’s not a bid of a nerd obviously.”

Sims then told us she had to go and try and grab the half-price sandwiches from the uni cafe before they closed. 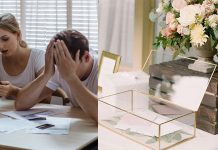