Older Australian TV viewers have called for David ‘Kochie’ Koch to be axed from Sunrise, after a segment on today’s show in which he brazenly violated several state laws by lighting up an enormous spliff on live television.

‘Time for this guy to get the chop, he had his time in the limelight!’ one viewer wrote.

Another added: ‘I stopped watching Sunrise during the pandemic. Kochie is such a stoner.”

However, while Kochie is no longer popular with the boomers, the segment is being praised by his fellow hip hop heads – after the 64-year-old paid tribute to one of the most influential rap albums of all time.

“Now I just wanna say something” Kochie told his co-hosts, as he fumbled with the lighter.

“This day twenty years ago, something amazing happened in music”

“Something that would change how the world viewed hip hop”

Kochie took a hit from the blunt and held it, before blowing smoke towards the camera.

“Do you remember where you were when Dre dropped 2001, Samantha?” he asked before offering the blunt to an eager Cash Cow.

Co-Host Samantha Armytage claimed she was too busy with Savage Garden to fully appreciate the work of Dre Dre at the time, but does recognise the mark that the award-winning album made on modern music.

2001 sold over half a million copies in its first week and ultimately was certified six-times platinum. It won a Grammy for “Forgot About Dre”

Six months later, Dre, Snoop, Eminem, Ice Cube, most of 2001’s guest artists, and pretty much anyone from L.A. that could fit on the bus embarked on the famed Up in Smoke Tour, a 44-show victory lap that, at one point in the set, featured an actual lowrider hopping on stage.

“Anyway, that’s enough from me. Over to you Cash Cow” 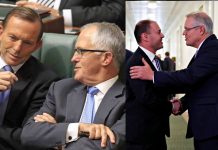 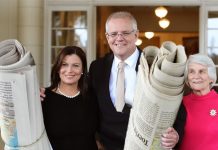 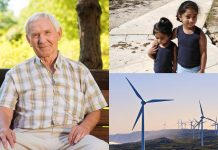