COVID-19 has finally made it’s way to the Steel City this week, and appears to have had quite a night out.

NSW health authorities say that the severe acute respiratory syndrome, which is known for infect over 18.7 million people worldwide, really hit the tiles over the weekend – putting in an effort that would rival Joey Johns on a post-premiership bender.

Newcastle is on high alert after COVID-19 visited at least five hotels and a stadium, as 12 new infections were revealed in NSW today.

Health authorities also urged anyone who visited the Wests Leagues Club in New Lambton — one of the biggest clubs in Newcastle — on Sunday evening to self-isolate and seek testing.

On a relatively positive note, at this point in time, the virus only appears to have an Andrew Johns-sized night out in Newcastle.

However, contact tracers are concerned that if not monitored, this outbreak could turn step up a notch and become a Both-Johns-Brothers-sized night out in Newcastle.

“The last thing we want is for this outbreak to descend into full blown Sex, Drugs and Rock n Roll”. 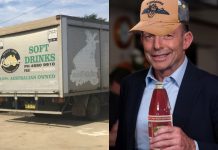