A Betoota Heights man has thoughtfully explained the highly complicated plot twist of Fast and The Furious today after he mistook his girlfriend’s silence for confusion, it’s reported.

Will Silva [25] had been both overjoyed and irrationally angry when his girlfriend Hannah had revealed she’d never seen Fast and the Furious. This was seen as strike two in his book, as it’d come shortly after she’d said she wasn’t the biggest fan of Pulp Fiction as ‘nothing even fucking happens.’

In an effort to bring her up to his level, Will had insisted on watching the beloved classic one Sunday afternoon as Hannah was hungover and less likely to fight him over movie choices.

Using the classic tactic of making her choose between a movie he knew she hated and the one he actually wanted to see, Will had been able to manipulate Hannah into watching what he deemed as ‘the cultural reset of the 21st century.’

However, his girlfriend’s silence, which was just her way of holding in the bottle of prosecco she’d polished the night before, was misinterpreted for confusion.

In the event she wasn’t able to understand the movie, it probably had something to do with Will’s running commentary and not the complicated plot.

“Okay so Paul Walker is an FBI agent and Vin Diesel is an ex-convict, yeah? Got that?”

“So basically they are kindred spirits except Brian, Paul Waker’s character is undercover, and is actually meant to be bringing down Torretto, but they form a brotherhood.”

Nodding as she slowly drifts off to sleep, Hannah is quickly woken up just in time for the most pivotal scene.”

“BABE THIS IS THE BEST BIT.”

“SEE!? This is the moment he knows he’s earned their respect.” 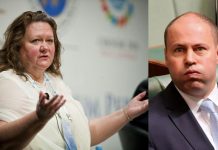