It’s that time of year again.

Time for local woman Jasmine Ferguson to remember that the game Sims exists.

She’s not a gamer per see, but she has played San Andreas a couple of times. Even though it only included ignoring the missions completely and just running over people on footpaths.

And she was even pretty good at playing the trial version of Age of Empires she found in a packet of Nutri Grain fifteen years ago.

But the only game she’s ever truly been addicted to is the Sims – an addiction that involves playing the original game five days straight then completely discarding once she’s paid $300 in expansion packs.

It’s alleged she’d kickstarted her obsession after a breakup as it was the only way of feeling like she had control over her life. She speaks to our reporter about her on again off again relationship with the popular simulation video game, and the common trigger points for her annual fixation.

“It’s become somewhat of a yearly ritual”, explains Jasmine to our reporter, “I usually turn to it when I go through some sort of emotional trauma.”

“It was a breakup this time.”

Adding that she had spent the majority of the time decorating her sims homes, Jasmine reveals she was clocking on average ‘six hours a day’ before she pulled the plug.

“My sim ended up falling in love with a hot vampire that looked like an emo version of him.”

“I don’t know if that was subconscious on my part but whatever.” 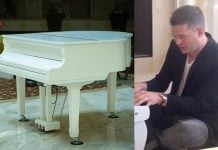 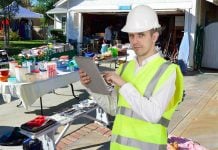