It was a monumental day for residents of French Quarter sharehouse ‘The Quarterway’ as their communal bong managed to survive long enough without breaking to warrant an official nickname.

The culture of young Australians living in sub-regulatory inner city squallor has been romanticised ever since the ‘90s when the more creative members of Generation X realised their peers would refuse to read or watch anything that wasn’t about people exactly like them.

Novel, and eventual film, He Died With A Falafel In His Hands is just one such example of how grotty sharehouse living is just as important a phase in the lives of Australians as turning into a conservative voter once you’re wealthy enough to afford property.

On the rare chance it does, such is the tradition to give it status as a non-human citizen by giving it a really cool nickname.

“They wanted to give it a dopey name like The Beast but I said that wasn’t original enough,” stated bong owner Neil Quinn (22) as he fixed a Supreme sticker to the smoking device.

“So instead I suggested giving the bong a name that was wizard-themed.”

“We couldn’t agree so we thought we’d get high and think of something funny.”

Unfortunately for the group of future taxpayers, after smoking from the nameless bong they lost any motivation to give it a name and decided a bit of The Simpsons might help spark inspiration.

A week later a name was chosen.

“We were really high when we came up with the name lol [sic] I mean we were stratospheric. In the end we went with Madge. You had to be there to find it funny.”

Witnesses who were there at the time of naming state that you did not have to be there to find it funny as it never was to begin with. 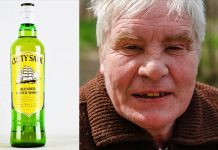 PM Speaks With G7 Leaders: “So What We Do Is, Torture Them In Offshore Jails, Yeah Kids Too”

“Is That Really What I Sound Like?” Recoils Nation Watching Drag Race Down Under