Australia’s only Liberal leaders have come together today to turn what could’ve been a mild inconvenience into something that’s going to fuck the economy even further and ruin the lives of millions.

Scott Morrison, a part-time Prime Minister and his New South Welsh counterpart Gladys Berejiklian, are the direct cause for this latest lockdown in Sydney and the pair went on camera together a short time ago to explain how.

“If an ex-Liberal Party chief of staff was working at Pfeiffer then maybe we wouldn’t be in this mess,” he said.

“Because the head of government relations at Astro Zucchini used to be a Liberal Party chief of staff and he’s a mate of mine. Which is why my government purchased heaps of it. Australians help out there mates when they need help. We help our mates by providing jobs for them. Jobs for the boys – and cash for the boys,”

“Now, because of my actions, Sydney is in a god-awful mess. It’s happened, get over it.”

“Thank you, Prime Minister,” she said.

“I just think it’s great that a lot of people have reached out to say that I’m still their Queen, which is lovely,” she said.

“Just goes to show what we’re working with here. I can get dragged in front of the ICAC, basically admit that my ex-boyfriend was a corrupt piece of shit and I knew all about it, and people will still tell that they love me. Fucking girl power, hey?”

“I owe Rupert [Murdoch] a whole case of Grange at this rate. Which Barry [O’Farrell] was nice enough to leave under the desk on his way out the door,”

“So yeah, bow to your Queen, Sydney.” 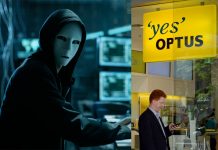