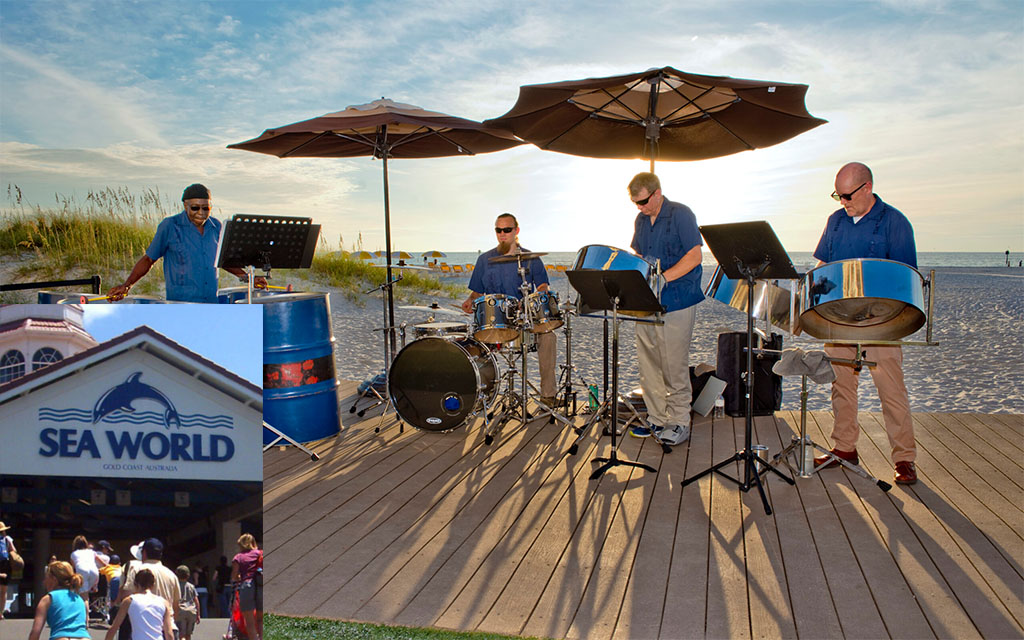 For nearly two years now, our town’s youth have been banging the ‘Live Music Is Dead’ drum and taken the issue to our state leader overlords with little juice to drink from their lobbying squeeze.

But one Queensland band has mocked the assorted rabble of whining yuppies and urban creatives who want the free money to continue forever.

Live music’s dead? The Sea World steel drum band says you can go and get fucked.

The band’s leader, Jones Geodude, said the band’s been playing right through the lockdowns and so-called pandemic that caused them.

Conceding that not every live music scene in the country was able to keep rolling, Mr Geodude said Queenslanders have no excuse.

“Brother, we’ve been playing our steel drums for people queueing up to enjoy the paradise of Sea World all through this,” he said.

“Yeah, sure, we had a few weeks at the start but that really helped in recharging my calypso batteries. We’ve been playing the steel drums out the front of Sea World – and indeed – inside the walls of Sea World, for years now and it’ll take more than some pigeon pneumonia to stop it,”

“Before this COVID, we only had one day when we didn’t play and that was the day before ANZAC Day when we announced that we’d be doing the Last Post on the steel drums and a few guys in the local community didn’t like that so they threatened to come to Sea World, shoot us then go on some sort of siege back in Capalaba before turning themselves in hours later,”

“We assessed the risk and took the right action but live music didn’t die because of that,”

“So grow up and get with the programme.”

The Advocate reached out to the Friend of Queensland Live Music Association for comment but have yet to receive a reply.