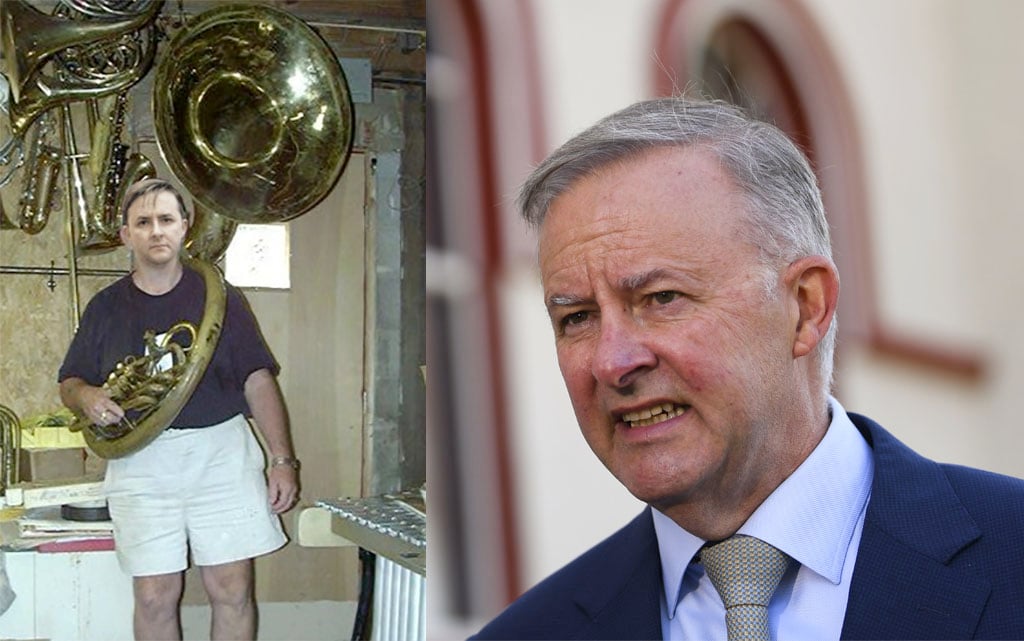 Opposition leader Anthony Albanese has reportedly dropped the idea of playing the sousaphone on 60 Minutes this week after Scott Morrison received widespread backlash for playing the ukelele in a tasteless and amateur way.

It’s commonly known among the depraved people who follow federal politics that Mr Albanese enjoys his music but what is not known widely is that Albo played the sousaphone in the Souths Juniors Marching Band back in the 1980s.

Albo was set to debut his sousaphone ability while members of his beloved Royal Marrickville Golf Club provided handclaps but that will now be replaced with the Prime Ministerial hopeful repeatedly slicing balls into the Cooks River from the 17th tee.

The Member for Grayndler let the cat out of the bag this morning during his daily telephone call with The Advocate’s publisher, Sir Johannes Overell GCB GCVO AC QSO.

“Oh yeah, nah we aren’t doing the sousaphone anymore, I don’t know what you’re talking about [laughs] But yeah, we are going to go with the golf,” he said.

“I’ve, ah, got the over-the-top move down pat [laughs] I’ve got a fresh sleeve of Pro V1s and all of them aren’t ever going to touch a blade of grass. Just my hand, the tee and the Cooks River,”

“We’re also going to have a few yuppies that moved to Marrickville with their parent’s money, then decided to run for the Greens in the Inner West, come stand at the fence and scowl at us playing golf [laughs] Fuck off back to Turramurra! [laughs] Nah, look, it’ll be a good little snippet. No props from me, just a few balls in the river and a cold tin off the wood back at the clubhouse,”

“No policy, either. Just some high-speed rail chat and a promise that I’ll fight torries until I die. Tune in but don’t watch the ads.”

The Advocate reached out to Channel 9 for comment but have yet to receive a reply.